Motorola Edge 20 Pro Smartphone To Be Launched in India on October 1, 2021

Motorola will launch the Edge 20 Pro smartphone in India on October 1, 2021, at 12 pm IST. It will be the third variant in the Edge 20 series that went official in the Indian market a few months ago. 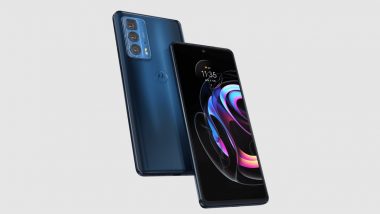 The Lenovo-owned smartphone brand Motorola will launch the Edge 20 Pro smartphone in India on October 1, 2021. The smartphone will go official during Flipkart's Big Billion Days Sale. It will be the third variant in the Edge 20 series that went official in the Indian market a few months ago. The Motorola Edge 20 series currently includes Edge 20 Lite and Edge 20. Motorola Edge 20 Pro Smartphone Teased; Likely To Be Launched in India on October 1, 2021.

Ahead of its launch, the smartphone has been teased online through Flipkart. A microsite on the e-commerce marketplace is now live that reveals a few important specs of the phone. It's worth noting that the handset is already on sale in Europe.

#FindYourEdge with fastest connectivity out there! With #motorolaedge20pro’s 5G connectivity do everything you want online in a flash, without interruption. Launching 1st October, 12 PM on @Flipkart. https://t.co/mlYInNMjif

Prices of the phone starts at EUR 699.99 (around Rs 60,500) for the 12GB RAM + 128GB storage variant. It is offered in two shades - Indigo Vegan Leather and Midnight Blue. The India-specific model is likely to be similar to the Euro-spec model. 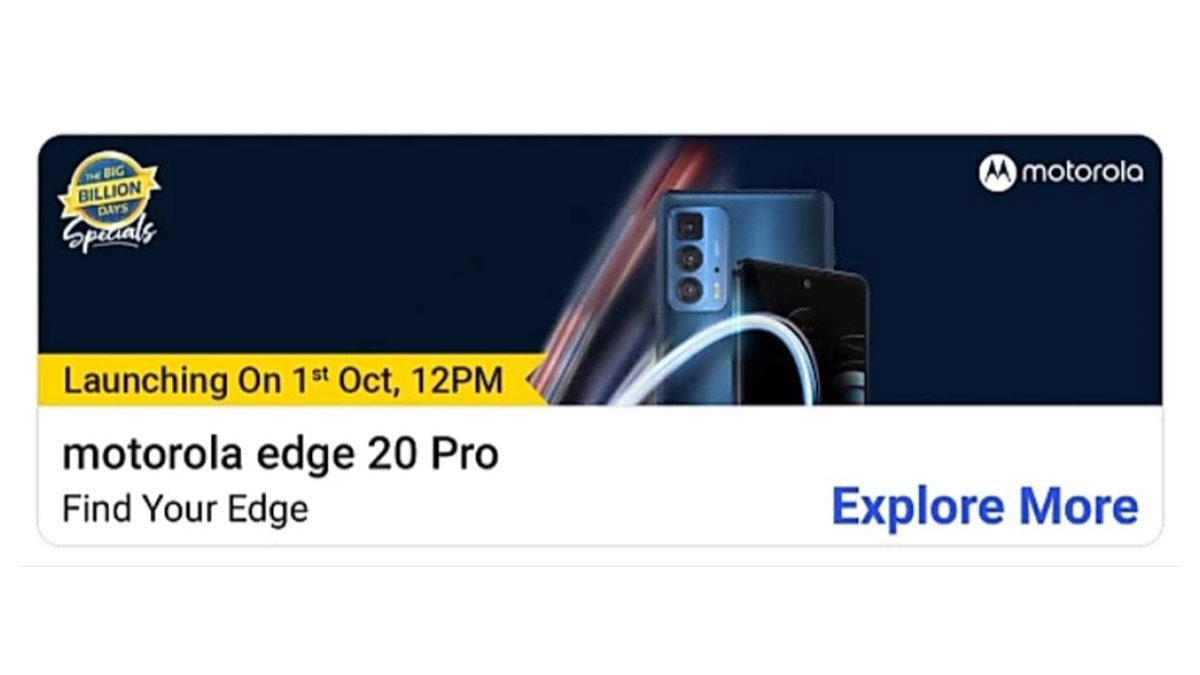 It is expected to get a 6.7-inch OLED display with a 144Hz refresh rate. Under the hood, there will be an octa-core Qualcomm Snapdragon 870 SoC paired with 12GB of RAM and 256GB of onboard storage. 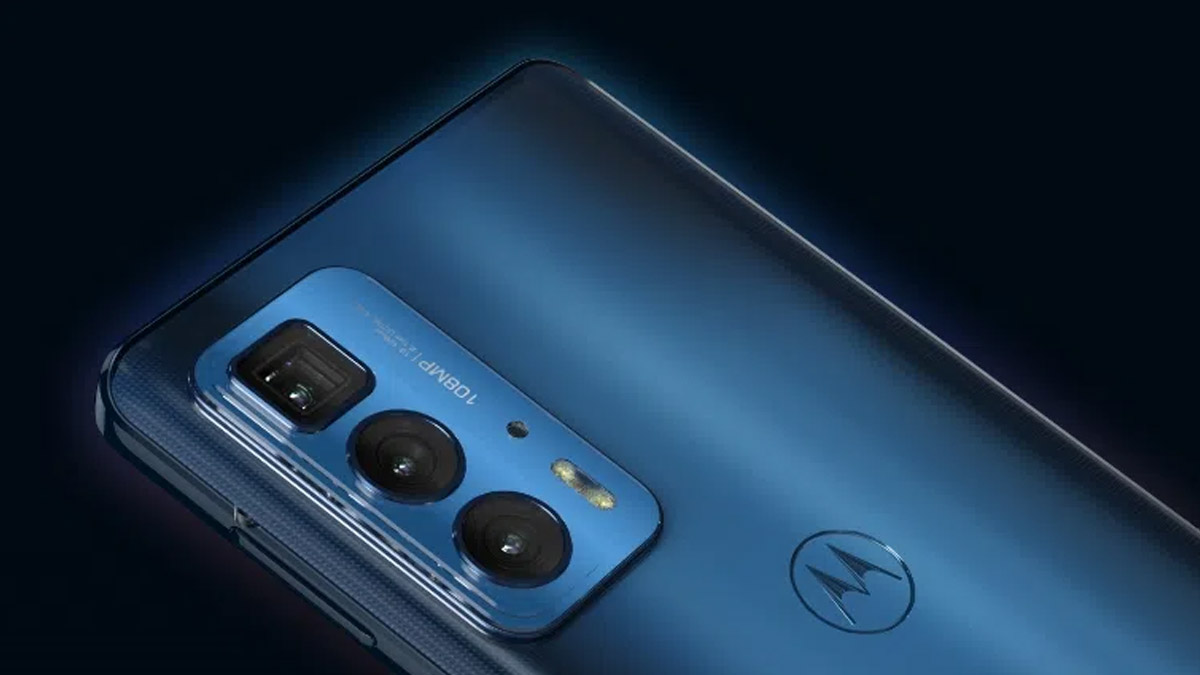 For optics, the smartphone will get a triple rear camera module. The setup will include a 108MP primary shooter, a 16MP ultra-wide lens and an 8MP optical zoom periscope lens. Upfront, there will be a 32MP shooter catering to selfies and video calls. It will be backed by a 4,500mAh battery with 30W fast charging.

(The above story first appeared on LatestLY on Sep 28, 2021 01:59 AM IST. For more news and updates on politics, world, sports, entertainment and lifestyle, log on to our website latestly.com).