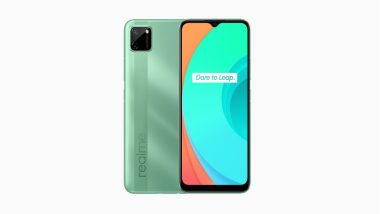 The Chinese smartphone manufacturer Realme launched the new Realme C11 budget centric device in India earlier this month. The smartphone already has been made available for a couple of sales since its launch. Yet again, the phone will go on sale today via Flipkart. The interested buyers can simply head to e-commerce website to get their hands on the device. The handset is offered in a single configuration with 2GB of RAM and 32GB of internal storage. The smartphone is priced in India at Rs 7,499 for the sole variant. Realme C11 Smartphone With MediaTek Helio G35 SoC Launched in India at Rs 7,499.

Specification-wise, the Realme C11 smartphone gets a 6.5-inch mini-drop fullscreen display. The panel offers a resolution of 720x1560 pixels along with screen to body ratio of 88.7 percent. Under the hood, there is an octa-core Mediatek Helio G35 chipset that powers the phone which is clocked up to 2.3GHz.

Not a part of the 150K people who got their hands on #realmeC11 in its first sale?

Worry not, here's another chance to experience the #BiggerBatteryLargerDisplay!

Get yours in the sale today at 12 PM on https://t.co/HrgDJTHBFX & @Flipkart.

The Chipset comes mated with a 2GB of RAM & 32GB of onboard storage. The phone also supports memory expansion via a microSD card. The Realme C11 comes in two exciting colours - Mint Green & Pepper Grey. 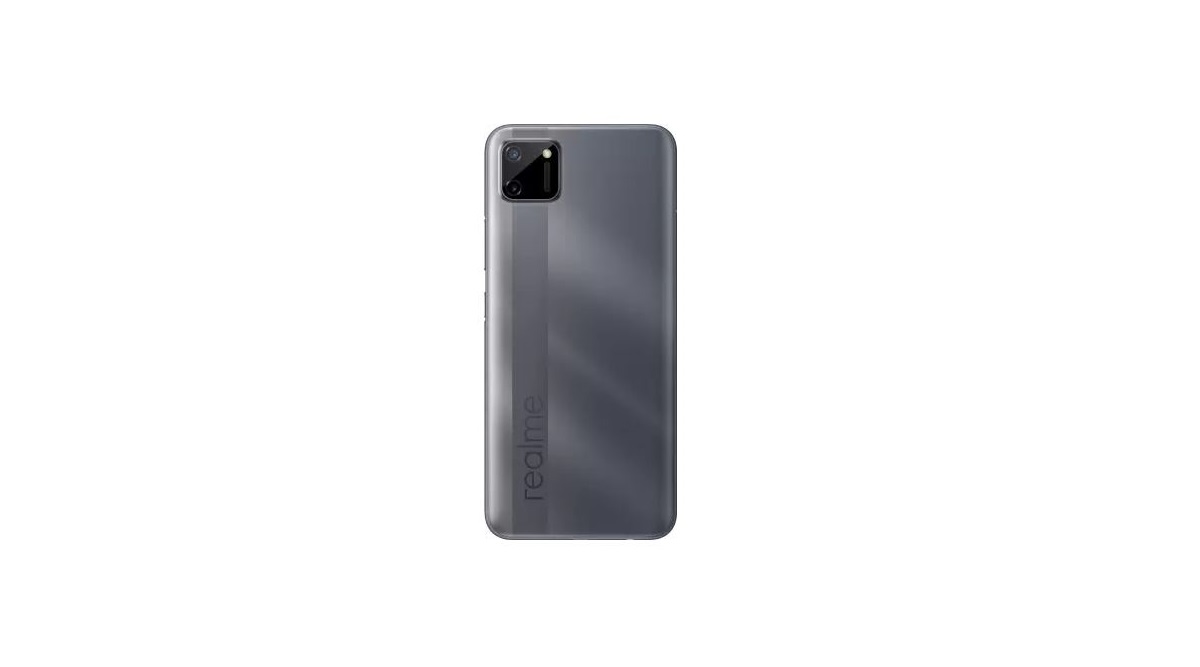 For optics, there is a dual-camera setup at the back carrying a squarish camera bump. The setup comprises a13MP primary snapper assisted by a 2MP secondary shooter along with an LED flash. The camera module also supports portrait mode, chrome boost, slo-mo video recording and 1080p video recording and much more. The front camera is a 5MP snapper for video calls and selfies.

The Realme C11 smartphone is fuelled by a massive 5000 mAh battery. It also supports reverse charging technology. The phone maker claims that it is capable of offering a standby of 40 days. It is loaded with several features such as face unlock, 3-card slot option, Realme UI based on Android 10, Wi-Fi 802.11 b/g/n, Hotspot, micro-USB 2.0, Bluetooth and more.

(The above story first appeared on LatestLY on Jul 31, 2020 11:09 AM IST. For more news and updates on politics, world, sports, entertainment and lifestyle, log on to our website latestly.com).