Realme, the Chinese smartphone maker is all set to launch the Realme X7 and Realme X7 Pro smartphones in the Indian market. The company announced February 4, 2021, as the launch date of its upcoming Realme X7 series on its official Twitter account. 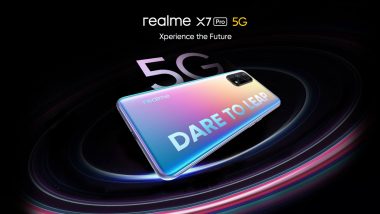 Realme, the Chinese smartphone maker is all set to launch the Realme X7 and Realme X7 Pro smartphones in the Indian market soon. The company announced February 4, 2021 as the launch date of its upcoming Realme X7 series on its official Twitter account. Ahead of the launch, we have seen official teasers of the X7 series and now the company has reportedly started sending out launch invites for the same. Realme X7 series will be launched at 12:30 pm IST via an online event. Users will be able to watch the live telecast of the event through Realme India's official YouTube channel. Realme X7, X7 Pro Retail Box Teased Ahead Of Launch; to Get In-Box Charger.

Realme X7 series models are expected to carry similar specifications to that of the China variant that was launched in September last year. The Realme X7 phone is likely to feature a 6.4-inch FHD+ Super AMOLED display with 60Hz refresh rate. 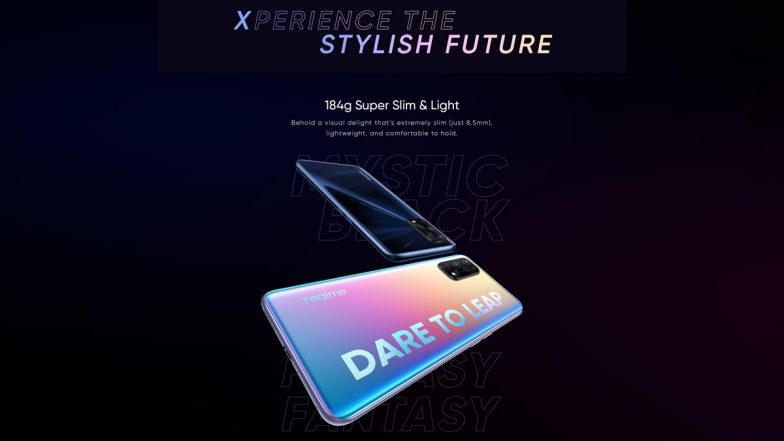 We #DareToLeap by introducing #TechTrendsetter technologies for the youth and this is yet another step towards it.

The handset is expected to come powered by MediaTek Dimensity 800U chipsets coupled with up to 8GB of RAM and 128GB of internal storage. For photography, the device will come with triple rear camera setup which is different from the Chinese variant. At the front, there could be a 32MP selfie snapper. 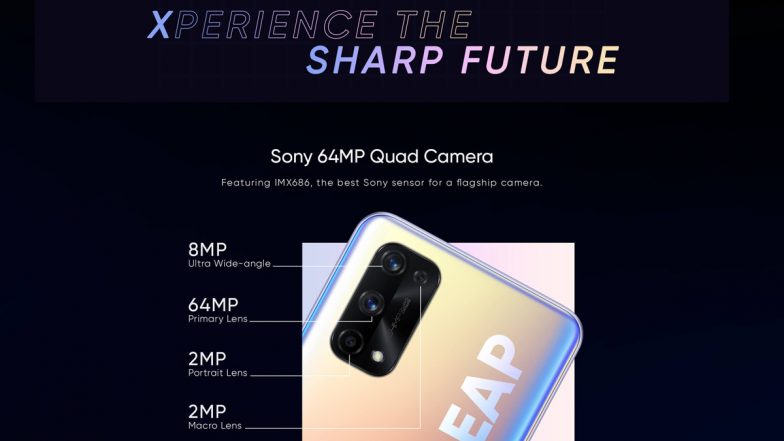 The handset is likely to be fuelled by a 4,300mAh battery with 65W fast charging support and might run on Android 10 based Realme UI operating system. On the other hand, Realme X7 Pro may flaunt a 6.5-inch FHD+ Super AMOLED display with a refresh rate of 120Hz. The phone will be powered by MediaTek Dimensity 1000+ processor paired with up to 8GB RAM and 256GB of internal storage. The high-end model of the Realme X7 series will support 65W SuperDart charging support. For optics, the device will come with a 64MP primary lens, an 8MP Ultra-wide-angle lens, a 2MP portrait lens and a 2MP macro lens. Coming to the pricing, Realme X7 is likely to be priced from Rs 20,000 whereas the Realme X7 Pro's price could start from Rs 24,900.

(The above story first appeared on LatestLY on Jan 27, 2021 03:05 PM IST. For more news and updates on politics, world, sports, entertainment and lifestyle, log on to our website latestly.com).