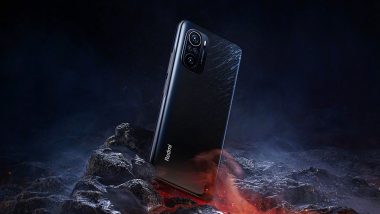 Redmi, the Chinese smartphone maker is all set to launch the Redmi K40 series today in the Chinese market. Redmi K40 series will comprise of Redmi K40 Pro and Redmi K40 phones. The Redmi K40 series was teased on the Chinese microblogging website 'Weibo' a couple of days ago and the company has confirmed that the upcoming phone could get a starting price of CNY 2,999 (approximately Rs 33,600). The launch event will commence at 7:30 pm local time (5 pm IST) via the Mi.com website. Redmi K40 Launch Scheduled for February 25, 2021; Check Expected Prices, Features & Specifications. 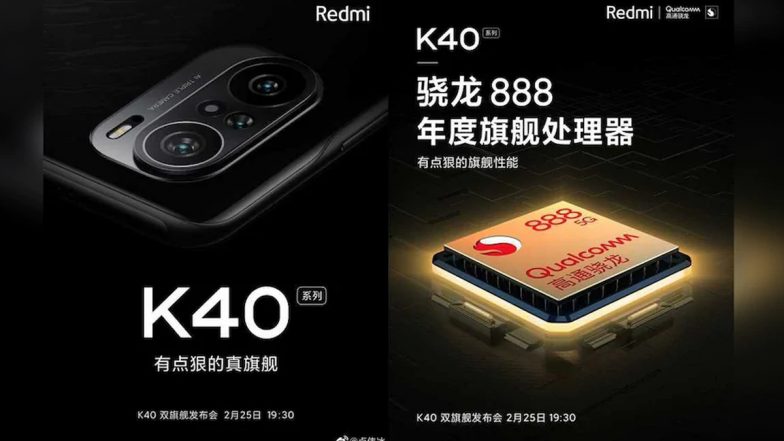 In terms of specifications, the Redmi K40 series will feature an E4 AMOLED display developed by Samsung with a refresh rate of 120Hz. The teasers confirmed by the company on Weibo confirmed the dual stereo speakers with Dolby Atmos surround sound and a 4,520mAh battery. Redmi General Manager Lu Weibing also revealed that the upcoming series will be powered by Qualcomm Snapdragon 888 chipset. However, a report suggests that Redmi K40 Pro will come powered by Snapdragon 888 whereas the Redmi K40 will feature Snapdragon 870 SoC. 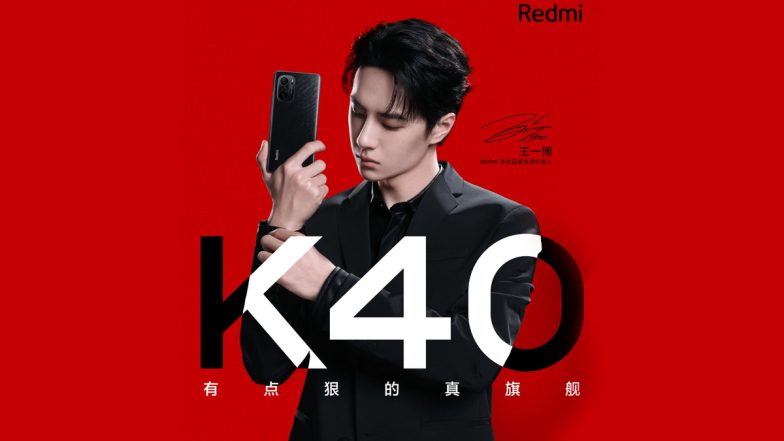 As per the poster released on Weibo, the Redmi K40 phone will come equipped with a triple rear camera system. Redmi K40 series was also spotted on several certification websites that unveiled a 6.67-inch display with both 4G and 5G connectivity options. In addition to this, Redmi is also expected to launch a new RedmiBook Pro model alongside the Redmi K40 series smartphones.

(The above story first appeared on LatestLY on Feb 25, 2021 09:41 AM IST. For more news and updates on politics, world, sports, entertainment and lifestyle, log on to our website latestly.com).