Redmi India has teased a retail box of a smartphone on its official Twitter account, which supposedly could be Redmi Note 10S. The retail box has also revealed key specifications of the phone ahead of launch. 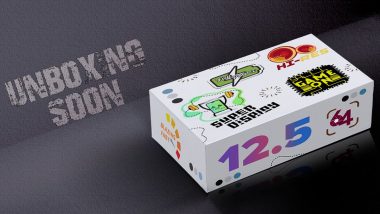 Redmi India might launch a new smartphone in India very soon. Likely to be called Redmi Note 10S, it will be another addition to its popular Note 10 series. Presently, the Note 10 series includes Note 10, Note 10 Pro & Note 10 Pro Max. The Chinese phone maker has teased a picture of a retail box on its official Twitter account. Redmi Note 10 India Prices Hiked; Check New Prices & Other Details

Brace yourselves folks, there's going to be a new player in town!

We're dropping hints but are you #savage enough to spot 'em! 😉

Ready, set, go! Don't forget to RT if you think you got them all right. 🎮 pic.twitter.com/1loAhwpdax

(The above story first appeared on LatestLY on Apr 30, 2021 09:07 PM IST. For more news and updates on politics, world, sports, entertainment and lifestyle, log on to our website latestly.com).