Samsung, the South Korean smartphone maker is rumoured to launch its Galaxy Z Flip 3 and Galaxy Z Fold 3 in the coming months. As per leaked renders, the Galaxy Z Fold 3 will come with an S-Pen and feature a triple rear camera setup along with an LED flash. 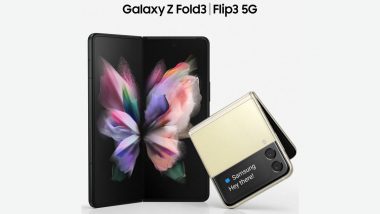 Samsung, the South Korean smartphone maker is rumoured to launch its Galaxy Z Flip 3 and Galaxy Z Fold 3 in the coming months. A couple of months ago, we had heard several key specifications and features of both devices. Now a known tipster has revealed the official-looking renders of both smartphones. Evan Blass shared the official-looking renders of both foldable phones on his Twitter account. Samsung Galaxy Z Flip 3 Renders & Specifications Leaked Online. 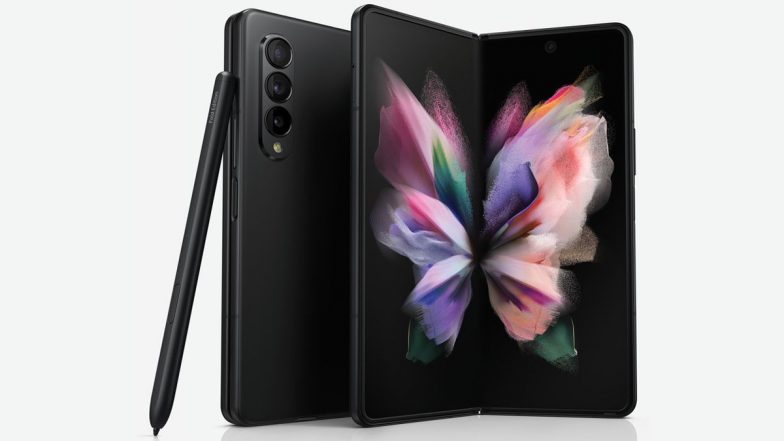 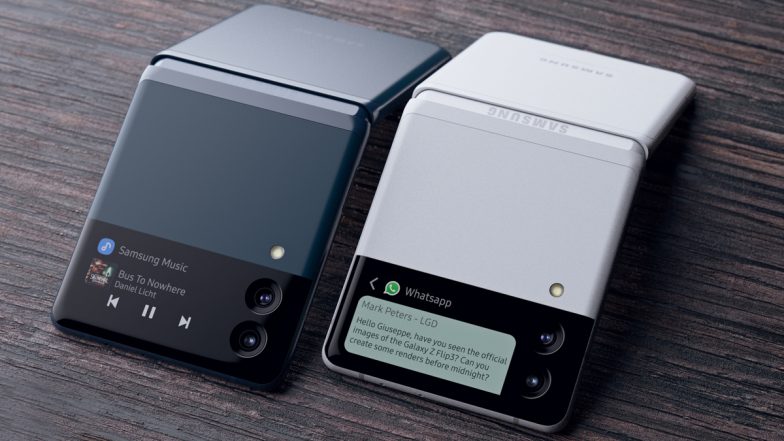 On the other side, Galaxy Z Flip's leaked image looks identical to that which was surfaced in May 2021. As per the image, the foldable phone will get dual rear cameras next to the secondary display. The smartphone will come with a dual-tone finish and a metal frame. Apart from this nothing more is unknown. We expect Samsung to release few teasers of both foldable before their launch.

(The above story first appeared on LatestLY on Jun 25, 2021 05:28 PM IST. For more news and updates on politics, world, sports, entertainment and lifestyle, log on to our website latestly.com).