In a journal published in the Nature Astronomy, David Kipping, an astronomer at Columbia University and leader of the institution's Cool Worlds Lab has claimed that he and his team found evidence of a supersized exomoon orbiting the exoplanet Kepler 1708b, a Jupiter-size giant that floats 5,500 light-years away from Earth 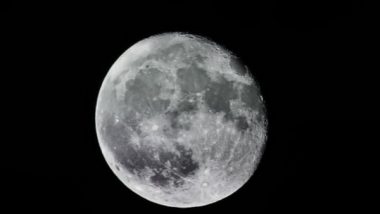 In a journal published in the Nature Astronomy, David Kipping, an astronomer at Columbia University and leader of the institution's Cool Worlds Lab has claimed that he and his team found evidence of a supersized exomoon orbiting the exoplanet Kepler 1708b, a Jupiter-size giant that floats 5,500 light-years away from Earth.

This is only the second time that the astronomers have found evidence of what appears to be a moon orbiting a planet in another solar system. Just like the first time, this one has traits suggesting that such moons may differ greatly from those populating our solar system. Kipping had first sighted an exomoon in 2017. Scientists Find First Exomoon Outside Our Solar System Using Hubble and Kepler Telescopes

The discovery, made using NASA's planet-hunting spacecraft, Kepler space telescope before it was retired in 2018 indicated the presence of a moon 2.6 times the diameter of Earth orbiting a Jupiter-sized gas giant about 5,700 light-years away from our solar system in the direction of the Cygnus and Lyra constellations, scientists said on Thursday.

A light-year is the distance light travels in a year, 5.9 trillion miles (9.5 trillion km).

This moon’s diameter would make it larger than any of the roughly 220 ones known to be orbiting planets in our solar system and more than nine times the diameter of Earth’s moon.

Kipping said "Those planets are alien compared to our home system. But they have revolutionized our understanding of how planetary systems form." In the same vein, finally proving the existence of exomoons could help scientists understand the dynamics of planet-moon systems, and one day, even unveil moons' role in supporting and sustaining life.

The newly detected exomoon is approximately a third smaller than the first exomoon that Kipping discovered. However, both are likely made of gas that piled up under the gravitational pull accompanying their heft, he says. They're also each located relatively far from their respective host stars, another reason why Kipping believes they're so big. Such distance means there's less gravity present to strip down their layers.  James Webb Space Telescope Enters 'Period Of Cooldown'; Here Are 5 Latest Updates

Astronomers hope that new telescopes, like the recently launched James Webb Space Telescope and the Nancy Grace Roman Space Telescope that will launch sometime later this decade, will be much more capable of finding and confirming the presence of moons, even smaller ones.

(The above story first appeared on LatestLY on Jan 14, 2022 03:49 PM IST. For more news and updates on politics, world, sports, entertainment and lifestyle, log on to our website latestly.com).