Venus Is a ‘Russian Planet’, Says Russia’s Space Agency After Claims of Sign of Life on the Planet 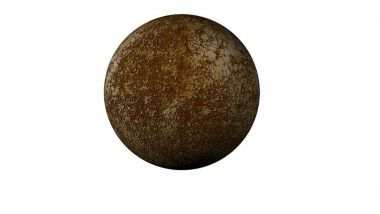 Russia has claimed that Venus belongs to them tagging it as a Russian planet. Dmitry Rogozin, head of the Russian space corporation Roscosmos, revealed that the country plans to send its mission to Venus other than 'Venera-D', a planned joint mission with the US, according to Russian state news agency TASS reported. This development comes days after scientists found there may potentially be aliens on Earth's closest planet, Venus. Rogozin made the claim at an HeliRussia 2020, an industry exhibition taking place in Moscow.

Rogozin while talking to reporters said, "Resuming Venus exploration is on our agenda. "We think that Venus is a Russian planet, so we shouldn't lag behind. Projects of Venus missions are included in the united government program of Russia's space exploration for 2021-2030." Venus is similar to Earth in size but it spins backwards compared to other planets. The Outer Space Treaty of 1967 prevents countries from staking claims on a celestial body.

In a release, the space agency added, "The USSR was the only country to conduct regular explorations of Venus using on-planet stations. The first-ever soft landing on another planet’s surface in the Solar system was performed in 1970 by the Venera-7 descent module. Several orbital missions and landings provided detailed data on the Venerian climate, soil and atmosphere composition. The Soviet Venera-13 spacecraft still holds the record as the longest active spacecraft on Venus remaining operational for 127 minutes."

(The above story first appeared on LatestLY on Sep 19, 2020 04:14 PM IST. For more news and updates on politics, world, sports, entertainment and lifestyle, log on to our website latestly.com).