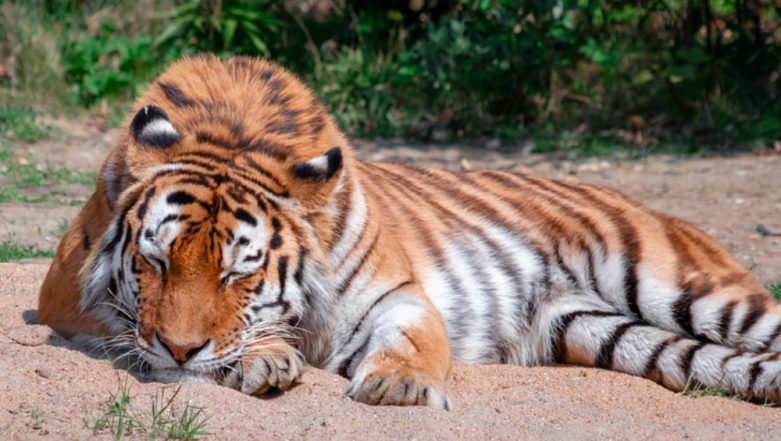 Animals like tigers and elephants are changing their sleep schedules to avoid humans (Photo credits: DerSilent/Pixabay)

Humans are damaging the planet and the rate is alarming. The global warming effects and rapid industrialisation is already taking a toll on wildlife. A new study has now revealed that many mammals are altering their sleep schedules in order to avoid any human contact. A study published in the journal Science showed how human activity can cause an effect on animal behaviour. More animals who usually slept in daytime are now turning nocturnal. To avoid the stress caused by humans, animals are forced to change their sleeping patterns.

The change is observed in some animals across the continents, showing how humans have an impact globally. Animals like coyotes, elephants and tigers now prefer being awake in the nights as there is less of human activity. The researchers also want to study how this change in behaviour will affect the larger ecosystems. The study was conducted for 62 species from across six continents along with compiling data of 76 studies. They found out on an average, human disruption is making these animals 1.36 times more nocturnal. “An animal that typically split its activity evenly between the day and night would increase its proportion of nocturnal activity to 68 percent of total activity near human disturbance," notes the study.

The study gives examples of coyotes in California’s Santa Cruz mountains, who prefer sleeping in the daytime and eat more of nocturnal prey. The tigers in Nepal at the base of Himalayas are making similar changes in their sleeping patterns. The human activity may not necessarily be a threat to animal life but even the mere presence of humans are causing the change in behaviour. Besides, the activities like hiking, biking, infrastructure, agriculture do play a role in this avoidance game. "Animals responded strongly to all types of human disturbance, regardless of whether people actually posed a direct threat, suggesting that our presence alone is enough to disrupt their natural patterns of behaviour," said Kaitlyn Gaynor, PhD candidate at the  University of California.

In the future research, the researchers will strive to show how these animals’ diets, reproductive patterns and mating behaviour are being affected by humans. "Working on this study reminds me that we aren’t alone on this planet. Being mindful of the ways our activities are shaping the animals habitat will enable coexistence," said Gaynor.