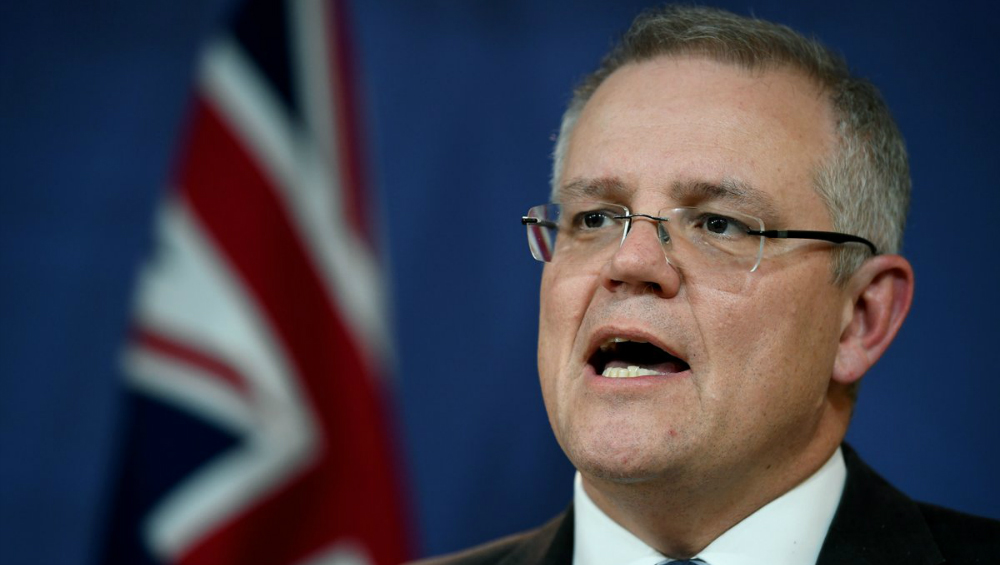 Melbourne, March 30: Australian Prime Minister Scott Morrison on Monday announced a 130 billion dollar package to support the wages of up to 6 million citizens in the country affected by the coronavirus outbreak that has claimed the lives of 18 people and infected over 4,000 across the nation.

The package will see the government pay wage subsidies of 1,500 Australian dollars every two weeks per employee to help struggling businesses keep people in work, The Age reported. Donald Trump Says Keeping US Coronavirus Death Toll At or Below 100,000 Would Be a ‘Very Good Job’.

"Now is the time to dig deep. We are living in unprecedented times. The jobkeeper subsidy will be worth 1,500 dollars a fortnight and paid to employers to pay their employees," Morrison told reporters in Canberra.

Australia has so far recorded 18 deaths and reported over 4,000 infections, health authorities said. On Sunday, Prime Minister Morrison further tightened the measures of social distancing and urged people over 70s to remain at home.

Morrison said to reduce the outdoor and indoor gatherings to only two people with an exception to same family members and warned that limits were now enforceable by authorities in most states and territories.

He said the rule would allow people to complete their daily exercise and was important, particularly for women, as they would not be forced to walk or run alone.

Morrison said people were now been told to leave their homes only to shop for food or other essential supplies, to seek medical care, to exercise under public gathering rules or for work and education if these cannot be conducted remotely.

The latest coronavirus deaths were reported from Tasmania and the Australian Capital Territory (ACT) where the health authorities reported the deaths of two 80 years-old women over the weekends.

ACT Chief Health Officer Kerryn Coleman said the news of the first death in Canberra was a reminder for residents on the need to take social distancing seriously.

"This is particularly important as we will continue to see the number of cases increase and local transmission start to occur in the ACT," she said.

According to authorities, the number of coronavirus infections were on rise in the Australian state of Victoria. Victoria's Premier Daniel Andrews on Monday said the state tally was at 821 positive cases and the residents will now be seeing stricter measures on social distancing as the stage three restrictions would be effective from Tuesday midnight to minimise the disease spread.

"Victoria has moved to stage three and that involves a ban with an on-the-spot fine of more than USD 1,600 if you breach it, on gatherings with more than two people, other than those in your household," Andrews said.

Meanwhile, New South Wales premier Gladys Berejiklian said the total number of cases rose to 1,918 while the state police have been given the power to enforce bans on gatherings of two or more people.

According to Johns Hopkins Coronavirus Resource Centre, more than 32,000 people have died of the coronavirus and 684,652 have been infected globally.