Donald Trump Says No US Casualties in Iraq, Adds ‘Iran Appears to Be Standing Down’ (Watch Video) 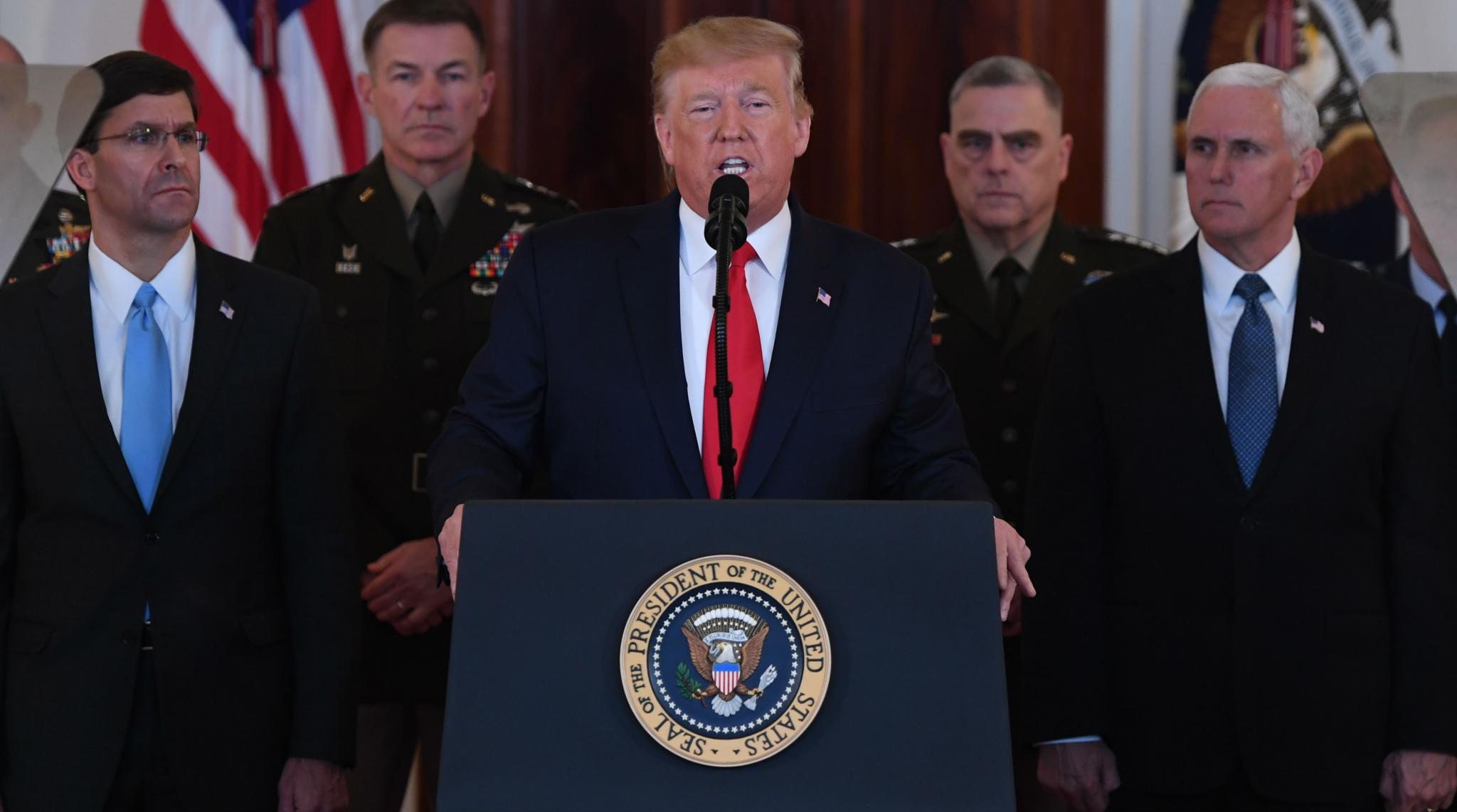 Washington, January 8: President Donald Trump said Wednesday Iran appeared to be "standing down" after missile strikes on US troop bases in Iraq that resulted in no American or Iraqi deaths.

"All of our soldiers are safe and only minimal damage was sustained at our military bases. Our great American forces are prepared for anything," he said in an address to the nation from the White House. "Iran appears to be standing down, which is a good thing for all parties concerned and a very good thing for the world. No American or Iraqi lives were lost." Donald Trump Denies Iran's Claim of Killing 80 US Soldiers in Iraq in Missile Attack, Says Will Impose Tougher Sanctions on Iran, Not Worried About Oil Supply.

Trump said the United States would immediately be imposing "additional punishing sanctions" on Iran but made no mention of military retaliation to the missile attacks -- seen by experts as a measured first response by Iran to the killing of General Qasem Soleimani in an American drone strike in Baghdad.

Launched for the first time by forces inside Iran instead of a proxy, the missile attack marked a new turn in the intensifying confrontation between Washington and Tehran and sent world oil prices soaring. Trump touted economic achievements that he said had made the US less dependent on Middle Eastern oil, changing Washington's "strategic priorities" in the region.

"Today I am going to ask NATO to become much more involved in the Middle East process," he said. He also called for world powers to follow his lead in withdrawing last May from the 2015 nuclear deal with Iran.

After receiving billions from the last administration, Iran went on a terror spree. pic.twitter.com/XgfU5W4W9X

The agreement is already unraveling, with Tehran announcing on Sunday that it would roll back the limit on the number of centrifuges used in uranium enrichment, one of its commitments under the agreement.

"The time has come for the United Kingdom, Germany, France, Russia, and China to recognize this reality. They must now break away from the remnants of the Iran deal, or JCPOA," Trump said. Iraq: Pro-Iran Factions Ramp Up Threats Against US After Tehran's Ballistic Missiles Attack on American Troops.

"We must all work together towards making a deal with Iran that makes the world a safer and more peaceful place." He addressed Iranians directly, saying the US wanted them to enjoy the "great future" of prosperity and harmony with other nations that they deserve.

"The United States is ready to embrace peace with all who seek it," he said.

World leaders have condemned the Iranian missile strikes, which targeted the sprawling Ain al-Asad airbase in western Iraq and a base in Arbil, both housing American and other foreign troops deployed as part of a US-led coalition fighting the remnants of the Islamic State group.

Iran's supreme leader called the attacks a "slap in the face" for the United States but said revenge was yet to come for the killing of Soleimani, the head of the Revolutionary Guards' foreign operations arm.