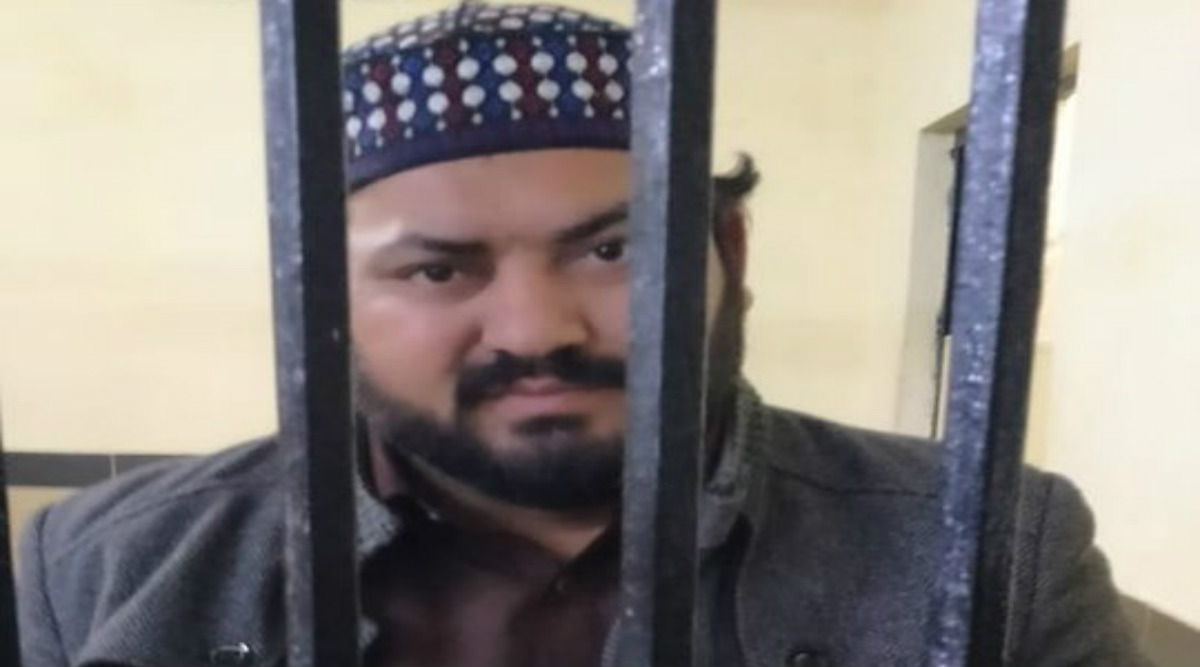 Lahore, January 7: The main accused in the recent vandalism at the Gurdwara Nankana Sahib in Pakistan's Punjab province was arrested and charged with a non-bailable section of the stringent anti-terrorism act and blasphemy, a senior police officer said on Monday.

Gurdwara Nankana Sahib, also known as Gurdwara Janam Asthan, is a site near Lahore where the first Guru of Sikhs, Guru Nanak, was born. The suspect, identified as Imran Chisti, is the elder brother of Mohammad Hassan who married a teenage Sikh girl in September last after allegedly abducting and converting her to Islam, triggering a controversy. Nankana Sahib Gurdwara Attacked in Pakistan: Muslim Delegation Meets Sikhs at Shrine, Condemns Mob Attack.

Chisti, a government employee working in the Fisheries Department, was arrested on Sunday for his role in the violent incident at the Gurudwara, Nankana police station Inspector Muhammad Jamil told PTI on Monday.

According to the FIR, Chishti incited a mob on Friday in the name of religion and threatened to destroy a worship place of a minority community (Gurdwara Janam Asthan) to build a shrine there.

"The suspect incited the sentiments of Muslims in order to have settled his family issue and created a law and order situation in the Nankana city," it said.

A large number of people, led by Chishti on Friday, held a day-long sit-in outside Gurdwara Janam Asthan against the alleged police harassment and arrest of their family members over the abduction and conversion issue. He also vowed to build a Muslim shrine in the place of the Gurdwara.

Chishti claimed that his brother Hassan was beaten up by police for "lawfully and consensually" marrying the daughter of the Gurdwara's granthi. Police officer Jamil said that Chishti had deliberately misled Muslims in the area against the Sikhs. He also said police patrolling has been increased around all the holy places of the Sikhs in Nankana Sahib.

When asked Hassan and any other member of his family are detained too, Jamil said: “We have only arrested Chishti as he is the main suspect misleading the people in the name of religion.”

Interestingly, earlier neither police nor Evacuee Trust Property Board which looks after the minority places in Pakistan admitted that Gurwara Janam Asthan came under attack/threat by the local Muslims.

The arrest of Chishti came after Prime Minister Imran Khan Sunday broke his silence on the incident and said it goes against his "vision" and the government will show "zero tolerance" against those involved in it.

India has strongly condemned the incident of vandalism at the revered Gurdwara and called upon the Pakistan government to take immediate steps to ensure the safety and security of the Sikh community there.

Pakistan's Foreign Office on Friday rejected the media reports that the Gurdwara Nankana Sahib was desecrated in a mob attack, saying the birthplace of founder of Sikhism remains "untouched and undamaged" and the "claims of destruction" of one of the holiest Sikh shrines are "false".