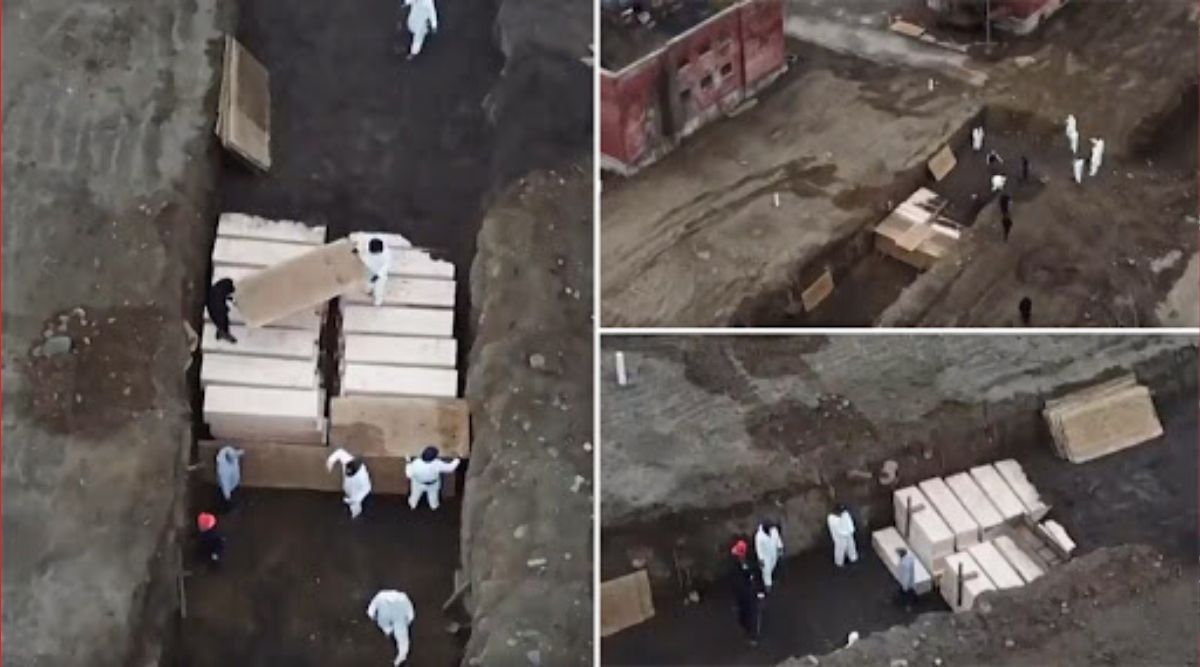 New York, April 10: The city officials have hired contract labourers to bury the dead in its potter's field on Hart Island as the death toll in the city continues to spike. Hart Island was used by the New Yorkers to bury those who had no known next or any family members to arrange a funeral. In recent times, the burials have been done by contracted labourers and not prisoners.

According to a Reuters report, the mass grave is on Hart Island, just off the coast of the Bronx and is accessible only by boat. There was a huge increase in the number of dead bodies in March as the coronavirus spread rapidly, making New York, the epicentre of the global pandemic. A spokesperson quoted in the report mentioned that there are about two dozen bodies a day, five days a week buried on the island. US Coronavirus Death Projection Lowered From 82,000 to 60,000 but Official Warns of 'Second Wave' if Social Distancing Violated.

Check the drone capture of the video to see how labourers are burying the dead:

This drone footage captures NYC workers burying bodies in a mass grave on Hart Island, just off the coast of the Bronx. For over a century, the island has served as a potter’s field for deceased with no known next of kin or families unable to pay for funerals. pic.twitter.com/wBVIGlX6aK

There is a long process that takes place before the burial, from wrapping the body in body bags and then placing it inside pine caskets. The name of the deceased is then written in large letters on each casket and then they are buried in long trenches that have been excavated by digging machines.

New York is bearing the brunt of America's deadly coronavirus pandemic, accounting for around half the number of deaths across the country. The governor said that despite the rise, the hospitalization rate was continuing to decrease because of social confinement orders.