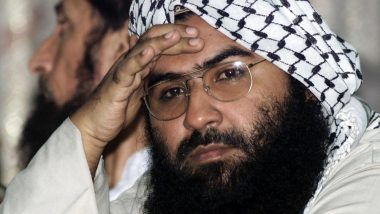 Toronto, March 14: Despite the backing of more than 10 countries supporting India's bid to designate Jaish-e-Mohammad Chief Masood Azhar as a global terrorist in the United Nations Security Council 1267 list, China which wields veto-power has blocked this effort.

China blocked the proposal to blacklist Masood Azhar as a "global terrorist" by the UN Security Council by placing a "technical hold" on it. Members of the United Nations Security Council who constitute the Al Qaeda Sanctions Committee had 10 working days to raise any objections to the proposal to list Masood Azhar, which was moved by France, the UK and the U.S. The no-objection period deadline was set to end at 3 pm local time in New York on Wednesday. China put a hold on the proposal an hour before the deadline was set to end.

According to the UNSC listing rules of the Al Qaeda Sanctions Committee, if no objection is received against a proposal by the end of the deadline, the decision will be deemed adopted.

The envoy from Beijing reportedly asked for more time to examine the proposal against Pakistan-based Masood Azhar. The proposal has the support from other permanent members of the UNSC including Russia. This is the fourth time that Beijing has come out against India’s effort to get Masood Azhar listed as a ‘global terrorist’.

China’s Foreign Ministry Spokesperson Lu Kang's spoke on the issue of listing Azhar before the session, he said, "I want to say that China always adopts a responsible attitude, engage in consultations with various parties and properly deal with this issue." "The discussions, I want to say must follow the rules and procedures of the relevant bodies and only the solution that is acceptable to all sides is conducive for resolving the issue," he said, indicating that Beijing may again block the move to list Azhar as a global terrorist.

A UNSC designation will ensure an assets freeze under the Sanctions Committee as it requires that all UN member states freeze without delay the funds and other financial assets or economic resources of designated individuals and entities. The UNSC terrorist designation also subjects and entity or individual to a travel ban which entails preventing the entry into or transit by all states through their territories by designated individuals.

(The above story first appeared on LatestLY on Mar 14, 2019 02:37 AM IST. For more news and updates on politics, world, sports, entertainment and lifestyle, log on to our website latestly.com).