Noah Green, US Capitol Attacker, Was Supporter of Nation of Islam, Had Posted About Satan and Called US Government 'Enemy No 1 of Black People'

The man, who carried out a vehicle attack at the US Capitol killing a police office, was identified as 25-year-old Noah Green from Indiana. 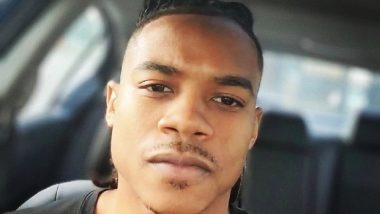 New York, April 3: The man, who carried out a vehicle attack at the US Capitol killing a police office, was identified as 25-year-old Noah Green from Indiana. Noah Green was shot dead by law enforcement officers after the attack. According to local media reports, now-removed Facebook and Instagram accounts of Green suggest he was an adherent of the Nation of Islam sect, which has been denounced by mainstream Muslims. He also posted about Satan and called the US government "enemy no 1" of Black people. US Capitol Update: Police Officer William Evans Killed After Car Rams Barricade in Capitol Complex, Suspect Shot Dead.

In one of his posts on Facebook, Green reportedly wrote: "Satan's rule over us is up." Just two hours before Friday's attack, he allegedly posted a video on his Instagram account and captioned it: "The US government is the #1 enemy of Black people!" In another Instagram port, he said he suffered "multiple home break ins, food poisonings, assaults, unauthorised operations in the hospital, mind control". Green also shared on social media that how "tough" his life had been in recent years. Kamala Harris Condemns ‘Inexplicable’ Violence at Capitol Complex in the US, Condoles Death of Police Officer William Evans.

"I have been tried with some of the biggest, unimaginable tests in my life. I am currently now unemployed, after I left my job, partly due to afflictions", the Capitol attacker reportedly posted. His posts also revealed that he was a supporter of Louis Farrakhan, the leader of the Nation of Islam. "My face is centred on the belief of the Honourable Minister Louis Farrakkan as Jesus, the Messiah, the final reminder in our midst under the teachings of the Honourable Elijah Muhammad, brought forth by Allah," he had posted.

Speaking to Washington Post, Green's brother Brendan said he was "violently ill". Brendan told the newspaper that on Thursday night, Noah texted him, "I'm sorry but I'm just going to go and live and be homeless. Thank you for everything that you've done. I looked up to you when I was a kid. You inspired me a lot".

(The above story first appeared on LatestLY on Apr 03, 2021 12:58 PM IST. For more news and updates on politics, world, sports, entertainment and lifestyle, log on to our website latestly.com).

Comments
Tags:
Noah Green US US Capitol US Capitol Attacker US government
Comments
You might also like