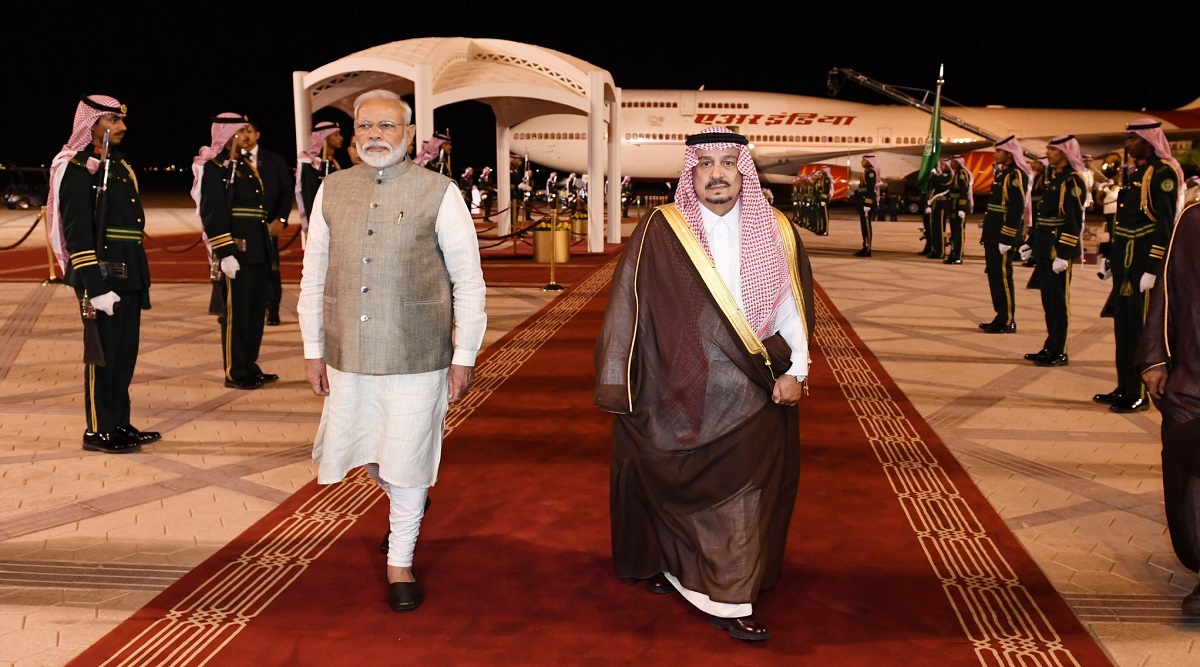 In an exclusive interview to Arab News that was published on Tuesday, PM Modi said, "India imports around 18 per cent of its crude oil from the Kingdom, making it the second-largest source of crude oil for us. From a purely buyer-seller relationship, we are now moving toward a closer strategic partnership that will include Saudi investments in downstream oil and gas projects." PM Narendra Modi Leaves for Saudi Arabia, To Ink Deal to Elevate Ties.

"We value the Kingdom's vital role as an important and reliable source of our energy requirements. We believe that stable oil prices are crucial for the growth of the global economy, particularly for developing countries. Saudi Aramco is participating in a major refinery and petrochemical project on India's west coast. We are also looking forward to the participation of Aramco in India's Strategic Petroleum Reserves.," he added.

Prime Minister Modi is in Riyadh for a two-day visit over the invitation of the King of Saudi Arabia, Salman bin Abdulaziz Al Saud. This is Modi's second visit to the Gulf nation. During his first visit in 2016, King Salman conferred Saudi's highest civilian award on him. The Crown Prince visited India in February 2019.Modi acknowledged that the relations between the two nations have witnessed remarkable growth following his 2016 visit.

"Since my first visit to the Kingdom in 2016, I have personally witnessed a remarkable growth in our bilateral relations. I have met His Royal Highness (HRH) Crown Prince Mohammed bin Salman five times. I recall with warmth my previous meetings with him, and look forward to meeting him again during this visit," Modi said.

On Tuesday, Modi is scheduled to hold bilateral talks with King of Saudi Arabia, Salman bin Abdulaziz Al Saud and Crown Prince Mohammed bin Salman. New Delhi and Riyadh are expected to sign an agreement on a Strategic Partnership Council which will "robust" the ties between the two countries.

"We are going to sign an agreement on a Strategic Partnership Council, which will begin a new era of cooperation across sectors. Our ties across various dimensions such as trade, investment, security and defence cooperation are robust and deep, and will only strengthen further," the prime minister said.

"We welcome greater Saudi investments in our infrastructure projects, including the Smart Cities program. We also welcome Saudi interest in investing in the National Investment and Infrastructure Fund," he added.

During his visit, the Prime Minister will also deliver a keynote address at the Future Investment Initiative (FII) which will be followed by an interaction with a moderator at the conference. The FII Forum is also known as the 'Davos in the Desert' which has been hosted by Riyadh since 2017 to project the Kingdom as a potential investment hub in the region.