Narendra Modi 69th Birthday: BJP Leaders Extend Greetings to PM, Call Him an ‘Inspiration for All’ 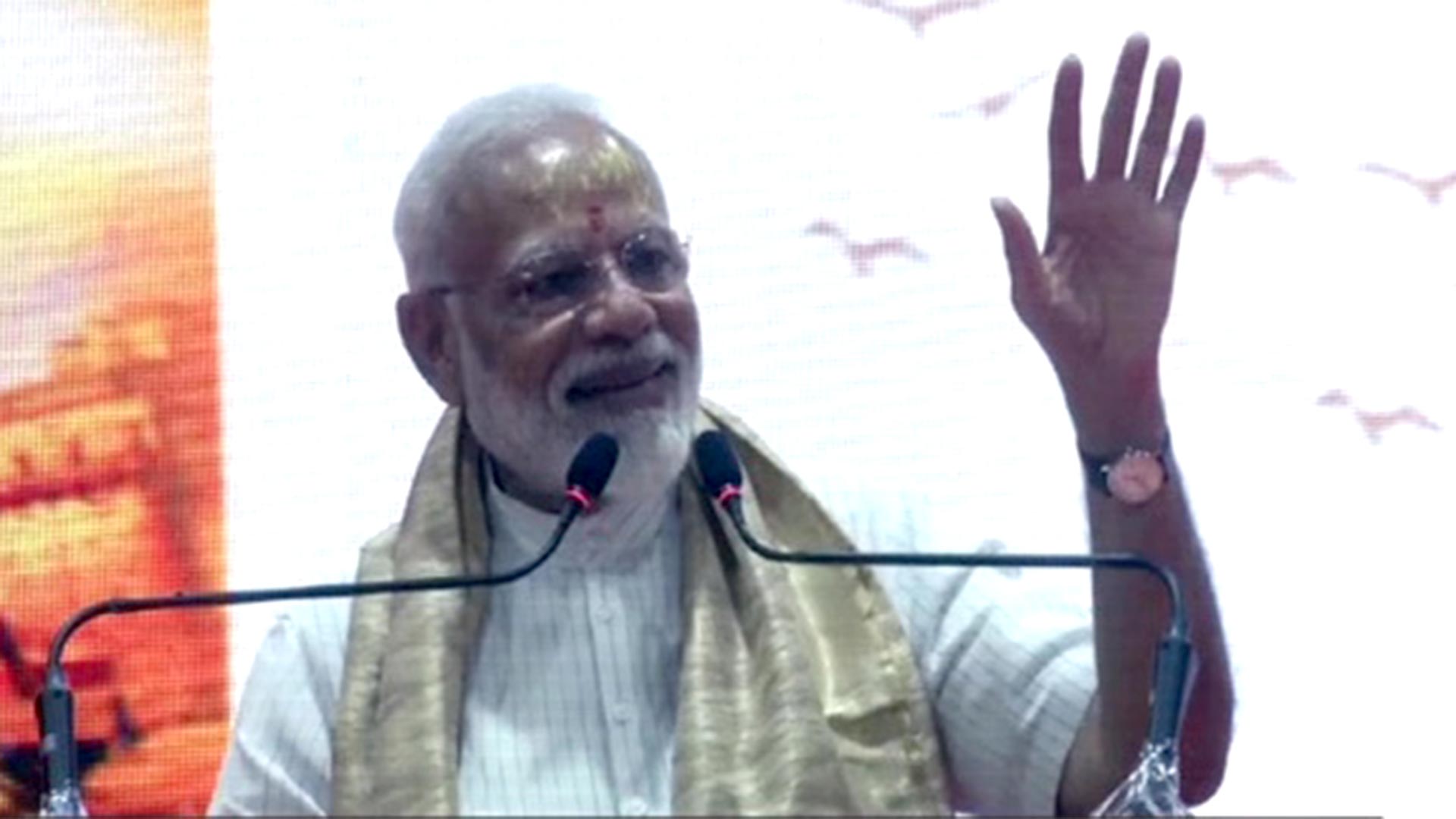 New Delhi, September 17: Union Ministers and senior BJP leaders on Tuesday took to social media to extend their warm wishes to Prime Narendra Modi on his 69th birthday. Wishes for Prime Minister Narendra Modi's birthday started pouring since midnight itself as party leaders praised his leadership and called him an inspiration for all.

Today, I join 130 crore fellow citizens in wishing PM @NarendraModi ji on his birthday. He is a statesman, decisive leader, and an inspiration for all of us. We are committed to achieving his vision of building a ‘New India’. I pray for his long and healthy life. #HappyBdayPMModi

Defence Minister Rajnath Singh said that Prime Minister Modi has been instrumental in building and strengthening India's position in the comity of nations. "His visionary leadership has helped India in scaling new heights of glory. I pray for his good health and long life," he said.

Happy birthday @narendramodi You have always been an inspirational and selfless leader ever since I first met you as a teenager. Here is wishing Narendrabhai a long life and good health. Found an old picture from Feb 2014. @PMOIndia pic.twitter.com/tLbhh3lOAE

"We are delighted to mark this special day with you. You have been an inspiration to us and future generations. Our democracy is now better because of your skill as a leader. Congrats and have a wonderful birthday celebration! Happy Birthday Narendra Modi ji," Union minister of state for animal husbandry Pratap Sarangi wrote on Twitter.

Senior BJP leader and former Madhya Pradesh Minister Shivraj Singh Chouhan also extended his birthday wishes, "The respect for the country is reaching to new heights under your (Prime Minister Modi) leadership. May the honour and respect for our country keeps increasing by many folds and your dream to make India a world guru (global leader) is fulfilled."

Meanwhile, social media is abuzz with supporters and followers of Prime Minister Narendra Modi extending their best wishes to him on his 69 th birthday. Late on Monday, the Prime Minister reached Ahmedabad and was welcomed by Gujarat Governor Acharya Devvrat and state Chief Minister Vijay Rupani at the airport. He will be spending his birthday in the city.

The BJP is celebrating Prime Minister Narendra Modi's birthday as 'Seva Saptah' starting September 14. The party has announced that several social initiatives will be undertaken by the party leaders across the nation during this week-long period.