Get latest articles and stories on India at LatestLY. The Delhi High Court recently issued summon to former Union Minister and MP Maneka Gandhi in a defamation suit filed by the Indian Veterinary Association. 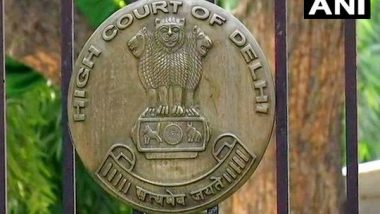 The plaintiff has also sought a direction restraining her from making any defamatory comments and statements against the veterinary doctors.

On Tuesday, Justice Amit Bansal issued the summons to Maneka Gandhi and said a written statement shall be filed within 30 days from the receipt of the summons.

Along with the written statement, the defendant shall also file an affidavit of admission/denial of the documents of the plaintiff, Justice Bansal added.

The above order is passed on the suit filed by the Indian Veterinary Association through its President Dr Umesh Chandra Sharm and Treasurer Dr Vijay Kumar. The petitioner was represented by Senior Advocate Sunil Mittal before the Court.

The matter has been listed on August 4, 2022, for further hearing.

The petition alleged several phone calls in which the defendant used offensive language to veterinarians including Vikas Sharma in Gorakhpur and others.

It is alleged that during these calls she used threatening and abusive language.

On 20 May 2021, the defendant Maneka Gandhi had written an article in a newspaper and in the said article she made various defamatory statements and imputations against the veterinary profession, plea moved by Advocated Namita Roy said.

It has tarnished and defamed the reputation and dignity of the Veterinary doctors, the plea said further. (ANI)