Get latest articles and stories on India at LatestLY. Over 70,000 people have been arrested in connection with the manufacturing of illicit liquor in the last one and half year in Andhra Pradesh, informed officials. 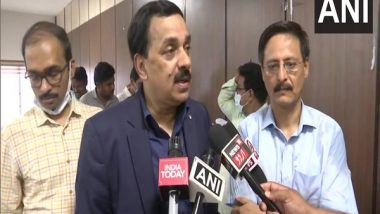 Vijaywada (Andhra Pradesh) [India], March 21 (ANI): Over 70,000 people have been arrested in connection with the manufacturing of illicit liquor in the last one and half year in Andhra Pradesh, informed officials.

"In one-and-a-half years since the formation of Special Enforcement Bureau, over 70,000 people had been arrested. It is one of its kind bureau across the country," said Rajat Bhargava, Special Chief Secretary (Excise and Commercial Taxes), Andhra Pradesh on Sunday.

Also Read | Shatrughan Sinha on Outsider Remarks, Says 'If PM Narendra Modi Can Contest From Varanasi, So Can I From West Bengal's Asansol'.

Special Chief Secretary further said that tonnes of black jaggery, which is the main ingredient for manufacturing illicit liquor have been destroyed in the last two years by the Special Enforcement Bureau.

"As per the orders of Chief Minister of Andhra Pradesh Jagan Mohan Reddy, we'll take action against anybody who is found manufacturing illicit liquor. No one will be barred," said Bhargava.

This comes amid opposition Telugu Desam Party (TDP) staged a protest on Saturday in Vijayawada against the ruling YSRCP government alleging the rise of illicit liquor in the state.

TDP MLA Gadde Ramamohan, one of the protesters claimed that the liquor brands sold in Andhra Pradesh are manufactured by YSRCP MLAs and the chief minister's relatives for making money.

"These liquor brands sold in Andhra Pradesh aren't sold in other states. It's manufactured by YSRCP MLAs and CM's relatives, they are making money," Ramamohan told ANI while showing the liquor brands. (ANI)