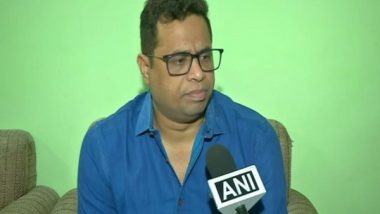 "British East India Company connived with Mir Jafar for defeating Siraj ud-Daulah and making entry in India. We thought of him as Chanakya but he turned out to be Mir Jafar. His son lost in Assembly election from Bijpur," Khan said.

"BJP works for the country. Where there is Dharma, only there is Karma. In the Mahabharata, we saw that there was a war between Dharma and Adharma. Even Dronacharya died when he was with Adharma. Mukul Roy is Mir Jafar and nothing else," the BJP MP asserted.

Khan further said no one is with Mir Jafar and they (BJP) will work together for realising the dream of Sonar Bangla.

He added that Mamata Ji earlier used to say that Roy was a traitor and he indeed is a traitor like Mir Jafar.

Earlier in the day, Roy and his son Subhranshu Roy joined Trinamool Congress (TMC) in Kolkata on Friday in the presence of West Bengal Chief Minister Mamata Banerjee.

This comes a month after the TMC secured a landslide victory in the West Bengal assembly elections. (ANI)