The Army said the defence minister appreciated the force for "selfless and unflinching" service to the nation and its relentless efforts towards modernisation through indigenisation. The five-day conference will come to an end on Friday. 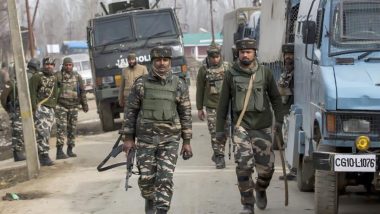 New Delhi, April 21: In the backdrop of the Russia-Ukraine war, Defence Minister Rajnath Singh on Thursday asked the top commanders of the Army to prepare for every possible security challenge that India may face in the future including that of unconventional and asymmetric warfare. Singh made the remarks at the biannual Army Commanders' Conference that began on Monday.

The defence minister also complimented the Army for its operational readiness to deal with any possible eventualities. The commanders carried out an extensive review of India's national security challenges along the borders with China and Pakistan as well as assessed possible geopolitical implications of the Russia-Ukraine war for the region.

"Addressed the Army Commanders Conference today. Complimented the Indian Army for their operational preparedness and capabilities. Exhorted the Military leadership to prepare for every possible challenge in future, including the challenge of unconventional & asymmetric warfare," Singh tweeted. Baramulla Encounter: 2 Terrorists Killed in Gunfight with Security Forces in Malwah Area of Jammu and Kashmir.

The Army said the defence minister appreciated the force for "selfless and unflinching" service to the nation and its relentless efforts towards modernisation through indigenisation. The five-day conference will come to an end on Friday.

The Army Commanders' Conference is an apex level biannual event that is held in April and October every year. The conference is an institutional platform for conceptual level deliberations, culminating in making important policy decisions for the Indian Army.

Officials said the conference held detailed deliberations on possible implications of the war in Ukraine for regional security as well as various military aspects of the conflict.

The commanders also carried out a comprehensive review of India's military preparedness along the 3,400-km-long Line of Actual Control (LAC) in view of the lingering military standoff with China in certain friction points in eastern Ladakh, they said.

The anti-terror operation in Jammu and Kashmir as well as the overall situation in the Union Territory was also deliberated upon extensively at the conference, the officials said.