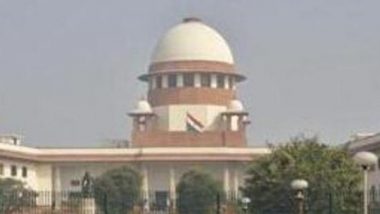 A bench of Justice Sanjay Kishan Kaul and Justice Hemant Gupta is scheduled to hear the matter on July 22.

Earlier in June, the Police had approached the apex court against the High Court order of granting bail to the northeast Delhi violence accused Kalita, Narwal and Tanha.

The top court had then refused to cancel the bail granted to three student activists in the northeast Delhi riots case, but made it clear that the High Court judgment will "not to be treated as precedent by any court" to give similar relief.

The Delhi police challenging the High Court order on bail verdicts has stated that the High Court "not only conducted a mini-trial but has also recorded perverse findings which are contrary to record" and almost decided the case while adjudicating bail pleas.

The High Court had on June 15 had granted bail to the three student activists saying in "anxiety to suppress dissent the State has blurred the line between the right to protest and terrorist activity" and if such a mindset gains traction, it would be a "sad day for democracy".

The case relates to the last year's communal violence in northeast Delhi during protests against the Citizenship Amendment Act (CAA). (ANI)