Get latest articles and stories on India at LatestLY. The Southwest Monsoon has set over Kerala on Sunday, the India Meteorological Department (IMD) informed. 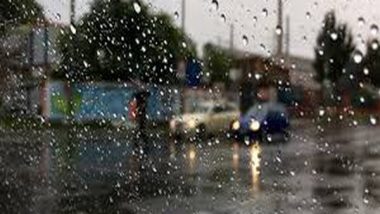 Thiruvananthapuram (Kerala) [India], May 29 (ANI): The Southwest Monsoon has set over Kerala on Sunday, the India Meteorological Department (IMD) informed.

According to the IMD, Southwest Monsoon has advanced into the remaining parts of the South Arabian Sea, Lakshadweep area, most parts of Kerala, some parts of southern Tamil Nadu, Gulf of Mannar and some more parts of southwest Bay of Bengal on Sunday.

The weather forecasting agency had already confirmed on Saturday that the conditions for monsoon onset were becoming favourable during the next 2-3 days, including the Arabian Sea and Lakshadweep area over the same period.

It had also issued thunderstorm and rainfall warnings under the influence of westerly winds emerging from the Arabian Sea over southern peninsular India at lower tropospheric levels.

Meanwhile, Union Home Secretary Ajay Kumar Bhalla on May 18 asked all the states, Union Territories (UTs) and Central agencies to be better prepared for the monsoon season, so that losses due to natural calamities like floods, cyclones, and landslides can be minimized. (ANI)