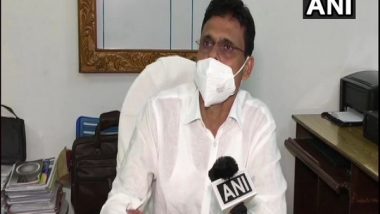 "They are being interrogated and have been warned by Police not to leave the hotel except for going to the airport to leave the state," Sources told ANI.

The police have not given any official reason for the detention. However, according to Manik Das, Superintendent of Police (SP) West Tripura, the team was in the state "for some research-related work".

"Results of their(I-PAC members) RTPCR test will come tomorrow. They said they were here for some research-related work that is being investigated. After getting COVID test results and outcome of the probe, a decision will be taken on their release," said the SP.

Notably, Assembly polls in Tripura are scheduled to be held in 2023. (ANI)