Twin brothers in Kaduvakkulam of Kerala's Kottayam district were found hanging in their house on Monday. 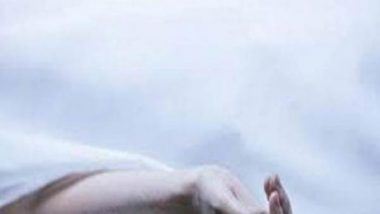 As per the police, the twins- Nisar Khan and Nasir Khan- aged 34-years, were found hanging in their house on August 2. "The inquiry is underway and we will get the postmortem report by tomorrow. Prima facie, it is a case of suicide. An investigation is on," Kottayam East Police told ANI.

The relatives said that the mother of the boys discovered their bodies hanging in their respective rooms. "Their mother went to one of her sons' room where she saw him hanging. In desperation, she ran to the other boy's room and found him hanging too. She then called the neighbours and the relatives who then informed the police," they said.

Further, they said that the brothers worked as crane operators but had lost their job due to the Covid-19 situation. They had taken a loan which got defaulted due to non-payment and received a notice for the same, after which the brothers were in emotional distress.

Investigation into the case is underway. (ANI)