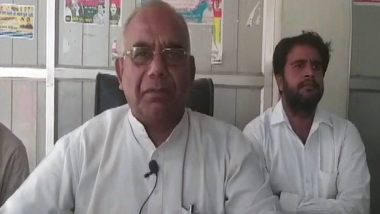 The BJP had released its second list of 85 candidates for phase 3 and phase 4 for the upcoming Assembly elections in Uttar Pradesh on Friday giving tickets to 30 OBCs, 19 SC and 15 women.

A three-time MLA, Hariom Yadav, joined the ranks of BJP on January 12 in the presence of Deputy Chief Ministers Keshav Prasad Maurya and Dinesh Sharma along with state BJP chief Swatantra Dev Singh. Hariom claims that he has influence in six assembly constituencies.

Besides Hariom, BJP's second list for UP polls also features the sitting MLA from Rae Bareli Sadar, Aditi Singh, who recently joined the party after quitting Congress. Aditi has been fielded from the seat where she had contested earlier.

Another prominent name that appears on the list is former IPS Asim Arun who has resigned from his position to join the party, has been given a ticket from Kannauj (SC).

Mulayam Singh Yadav's daughter-in-law of Aparna Yadav, who also joined the ranks of BJP recently, has sought a ticket from Lucknow Cantt seat. Notably, Aparna made her political debut in 2017 assembly elections in the state by contesting from the Lucknow Cantt seat. However, she was defeated by BJP's Rita Bahuguna Joshi, who had secured nearly 63,000 votes.