Bharatiya Janata Party (BJP) on Friday released a list of star campaigners for the by-polls to four Assembly seats in West Bengal. 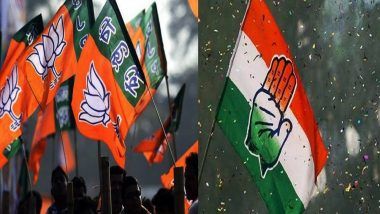 The by-polls in four Assembly constituencies are to be held on October 30 in West Bengal.

With the BJP making inroads in West Bengal, it is probably the first time that the national executive has so many members from the state. BJP hopes to consolidate its gains in the state and build on the seats it won in recent elections.

Those in the national executive from the state include some leaders who joined the BJP from Trinamool Congress ahead of assembly polls - Dinesh Trivedi and Bharati Ghosh.

BJP sources said the party has given a signal to the West Bengal leaders that the party has its focus on the state despite losing the assembly polls earlier this year.

"This is probably the first time that so many people from West Bengal have been accommodated in the committee. It is a clear message to the state leaders that the party has its focus on Bengal," a party leader said

The Election Commission of India, earlier on September 28, announced by-polls for three parliamentary and 30 assembly seats across 15 states and Union territories (UTs) in the country.

The last date for filing nominations is October 8.