The Parliament commenced on November 29 and was scheduled to conclude on December 23. 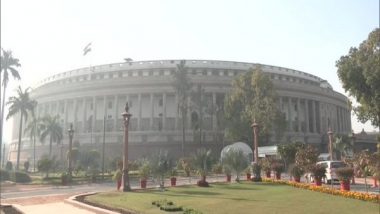 The session has seen Opposition MPs regularly protesting over a host of issues in the Upper House, especially on the revocation of suspension of 12 MPs and sacking of Minister of State for Home Ajay Mishra Teni over his jailed son Ashish Mishra's involvement in the killing of eight people in Uttar Pradesh's Lakhimpur Kheri incident occurred in October beginning.

Soon after the papers were laid on the table, Rajya Sabha Chairman M. Venkaiah Naidu said the Winter Session concludes today with much below business.

The Chairman later announced that the House is adjourned sine die after "Vande Matram" song-- a tradition followed before adjournment of Parliament's both Houses. BSP MP Kunwar Danish Ali, Despite Being Fully Vaccinated, Tests COVID-19 Positive; Had Attended Parliament Till Monday

The Parliament commenced on November 29 and was scheduled to conclude on December 23. (ANI)