Get latest articles and stories on India at LatestLY.A Delhi court on Saturday dismissed the bail application of Alt news co-founder Mohd Zubair who was arrested in a case related to an alleged objectionable tweet. 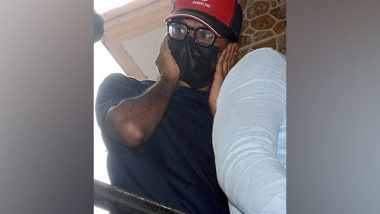 New Delhi [India], July 2 (ANI) A Delhi court on Saturday dismissed the bail application of Alt news co-founder Mohd Zubair who was arrested in a case related to an alleged objectionable tweet.

The court remanded him to 14 days of judicial custody.

The court observed in the order that since the investigation is at the initial stage and in view of the circumstances and gravity of the offence, no ground is made out for bail. Application dismissed and the accused is remanded to judicial custody till July 16, 2022.

Delhi Police sought judicial custody of Mohd Zubair. He was produced before the court after four days of police custody. He was arrested on June 27, 2022.

Special public prosecutor (SPP) Atul Srivastava submitted that three new sections for the destruction of evidence, criminal conspiracy under the Indian Penal Code (IPC) and the violation of the Foreign Contribution (Regulations) Act have been added to the FIR. (ANI)