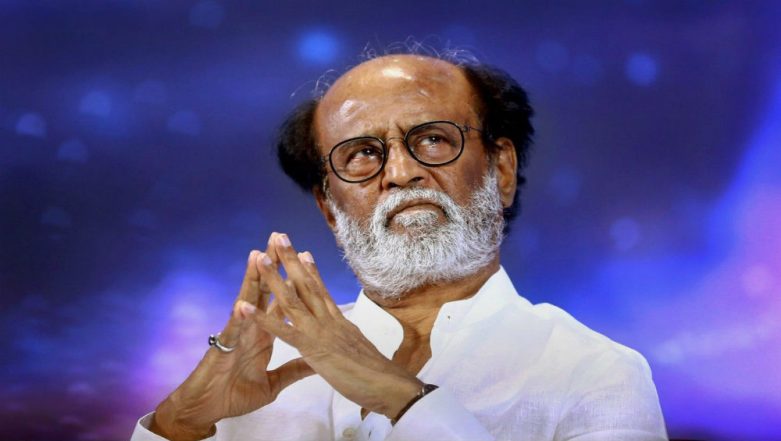 In a tweet, the 67-year-old actor said,"The worst form of violence is the assault on uniformed personnel."

"This kind of violence has to be tackled immediately, as it poses a danger to our country. We need more stringent laws to punish the perpetrators," he added.

Rajinikanth, who has announced his intentions to launch his political party, did not name anyone.

However, he uploaded a 23-second video on his twitter handle that showed the alleged attack on the law enforcers.

The three were allegedly shoved and attacked by protesters near the Chepauk stadium where an IPL cricket match was held yesterday amid protests.

The reason for the attack and the identity of the assailants were not known, though they were believed to be cadres of a pro-Tamil outfit.

Police resorted to a lathi-charge to quell the agitation, which was marked by hurling of sandals into the stadium and burning of yellow jerseys, the colour of the Chennai Super Kings.

The opposition by pro-Tamil outfits to the IPL matches was that the game would divert the attention of the youth from the Cauvery issue and lessen the impact of the state-wide stir.

Since April 1, the state has been witnessing protests by political parties, pro-Tamil outfits, voluntary organisations and student groups seeking setting up of the Cauvery Management Board.

On February 16, the Supreme Court had raised the 270 tmcft share of Cauvery water for Karnataka by 14.75 tmcft and reduced Tamil Nadu's share while compensating it by allowing extraction of 10 tmcft groundwater from the river basin.

The court had granted six weeks time to the Centre to formulate a scheme to ensure compliance of its 465-page judgement on the decades-old Cauvery dispute, which modified the CWDT award of 2007.

The six-week period ended on March 29.