He was 65 when he breathed his last. Michell died on Wednesday 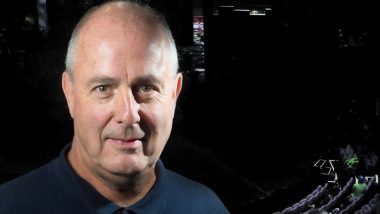 British director Roger Michell, widely known for helming movies like Notting Hill, Venus and My Cousin Rachel, has died. He was 65 when he breathed his last. Michell died on Wednesday, his family said in a statement obtained by Variety. The family members didn't disclose the place or cause of death. "It is with great sadness that the family of Roger Michell, director, writer and father of Harry, Rosie, Maggie and Sparrow, announce his death at the age of 65 on September 22," read the statement released through Michell's publicist. Bigg Boss 15: Asim Riaz's Brother Umar Riaz to Be a Part of Salman Khan's Reality Show.

Born in South Africa, Michell had a successful career in theatre, with stints at the UK's Royal Court Theatre, the Royal Shakespeare Company, where he was resident director, and the National Theatre, among others. For TV, he made the miniseries 'Downtown Lagos' (1992), followed by the acclaimed adaptation of Hanif Kureishi's 'The Buddha of Suburbia' (1993). Michell made his film directorial debut with 'My Night with Reg' (1997), where a group of gay English men spend a night of reminiscence after one of their friends dies of AIDS. Camila Cabello, Leonardo DiCaprio, Lady Gaga Urge Entertainment Industry to Demand Action on Climate Change.

The filmmaker's last fiction features were 'Blackbird' (2019), with Susan Sarandon leading an ensemble cast that also included Kate Winslet and Sam Neill and 'The Duke' (2020), with Jim Broadbent and Helen Mirren. Michell won BAFTAs for best miniseries for 'The Lost Honour of Christopher Jefferies' (2014) and for best single drama for 'Persuasion' (1995). Homages have been pouring in from the industry. Winslet, who worked with Michell on the drama 'Blackbird', called the director "a gorgeous man, who made the world a better place."

"We are utterly heartbroken to lose the kindest and best of men. Roger Michell was a loving and devoted family man, but was also responsible for bringing together other families, creative families, across the globe," Winslet said in a statement. "Myself, and the cast of his movie 'Blackbird' are eternally bound forever by the bond he forged between us all. We mourn him deeply today, and will cherish and uphold his memory and his pure, magical spirit for all time. A truly great and good man from whom we learnt so much. A brilliant director. A gorgeous man, who made the world a better place. Us lucky ones who knew him have been profoundly affected by his gentleness and his almighty lion heart," Winslet added.

Roberts, who played a famous actor who falls in love with a bookshop owner in the film 'Notting Hill', shared her thoughts and condolences to the filmmaker's family, describing him in a statement obtained by People magazine as "such a kind and gentle man." "He always had a sweet grin on his face and a perfect piece of direction to share," Roberts said. "I feel so fortunate to have had such a fantastic opportunity to work with him." The 53-year-old star also offered her condolences to Michell's children, whom she called "the true lights of his life."

"So incredibly sad to hear about the passing of Roger Michell, a wonderful director with huge integrity and compassion, in this world his kindness mattered so much to me. My thoughts and prayers are with his family. Thank you Roger for being so wonderful to us all. Enduring love...," tweeted actor Samantha Morton. The filmmaker is survived by his four children Harry, Rosanna, Maggie and Nancy through his marriages to actors Kate Buffery and Anna Maxwell Martin.