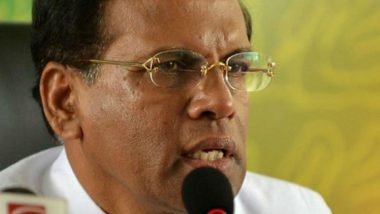 The prisoners released included 736 males and 26 females from various prisons, who were in jail for minor offenses and did not include convicts jailed for rape, child abuse or heroin use and drug trafficking, the Colombo Gazette reported.

An event was held at the Colombo's Welikada prison to free the inmates which was also attended by Sirisena and other senior officials. "The President used the powers vested in him to grant pardon to the 762 prisoners," Justice Minister Thalatha Atukorale was quoted as saying by the paper.