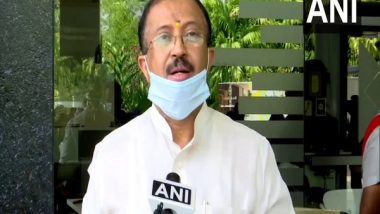 Muraleedhara said that this decision will help thousands of Indian students and their parents.

The Ministry of Education on Thursday announced NEET will be conducted in Dubai this year. "NEET (UG)-2021 examination center has been established in Dubai, in addition to the one already at Kuwait city," informed the ministry.

Earlier this month, the Education Ministry had announced that for the first time the exam will be conducted in Kuwait to facilitate the Indian student community in the Middle East.

"The National Testing Agency (NTA) has decided to create one more centre city in Dubai in addition to the one already created at Kuwait city during the year 2021," HRD Secretary Amit Khare said in a letter to Foreign Secretary, Ministry for External Affairs.

"The Indian community in the Gulf countries may appropriately be informed about this. I would also be grateful if the Indian embassies in Kuwait and Dubai are advised to extend their full cooperation to the NTA in conduct of the exam in fair and secured manner," he added. (ANI)