Two senior executives of Hong Kong's pro-democracy Apple Daily newspaper, who have been charged with colluding with foreign forces, were remanded in custody after they were deemed as a threat to national security. 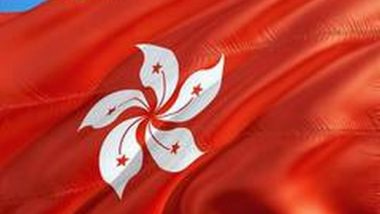 Hong Kong, June 19 (ANI): Two senior executives of Hong Kong's pro-democracy Apple Daily newspaper, who have been charged with colluding with foreign forces, were remanded in custody after they were deemed as a threat to national security.

Chief Magistrate So Wai Tak turned down the bail applications of the duo, despite they offered HK$3 million for their release and pledging to resign from their posts at the 25-year-old media outlet, South China Morning Post reported.

Editor-in-chief Ryan Law Wai-kwong and publisher Cheung Kim-hung, who is also CEO of the newspaper's parent company Next Digital, were escorted to West Kowloon Court amid a heavy police presence on Saturday.

They face life imprisonment if convicted under the Beijing-imposed draconian national security law.

The prosecution alleged that Law and Cheung, together with the three companies, conspired with the newspaper's founder, Jimmy Lai Chee-ying, to impose sanctions or engage in hostile activities against Hong Kong or mainland China.

Apple Daily, founded in 1995, has been facing a crackdown by pro-Beijing authorities in Hong Kong. It is believed to be targeted for calling out China's heavy-handed responses and a clampdown on Hong Kong's autonomy.

Lai, the founder of the newspaper, is currently serving a 20-month sentence for his role in the three-unauthorized protest in 2018 in a separate case.

On Thursday, the Hong Kong police forces arrested five Apple Daily executives, including Law and Cheung, marking the first time top editors of a media agency had been arrested under the security law.

The operation also involved the seizure of 38 journalists' computers at the tabloid's Tseung Kwan O headquarters as well as the freezing of HK$18 million in assets belonging to the three companies served with a charge sheet. (ANI)