Malian President Ibrahim Boubacar Keita announced early on Wednesday that he is resigning from his post saying that he does not wish blood to be shed following a mutiny in the Bamako, Al Jazeera reported. 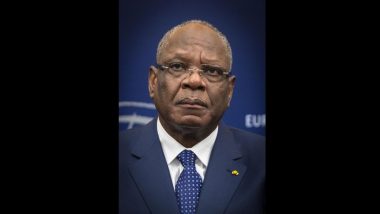 Bamako, August 19: Malian President Ibrahim Boubacar Keita announced early on Wednesday that he is resigning from his post saying that he does not wish blood to be shed following a mutiny in the Bamako, Al Jazeera reported.

"Today, certain parts of the military have decided that intervention was necessary. Do I really have a choice? Because I do not wish blood to be shed," Keita was quoted as saying in a brief statement broadcast on national television.

The Malian military units began the mutiny earlier on Tuesday, with sources telling Sputnik that rebels had arrested a number of ministers and high-ranking officers, with the mutiny thought to be related to servicemen's financial grievances.

Sputnik cited local media as reporting that four military officials were responsible for organising the mutiny. The government have issued a statement signed by Maiga calling for dialogue with the mutineers.

Eyewitnesses told Sputnik that civilians have also taken to the streets of Bamako amid a lack of a security presence, with gunfire occasionally heard, and rebel soldiers firing shots in the direction of the president's residence. Mali state broadcaster ORTM has gone offline since the incident.

According to CNN, on Tuesday, crowds took to the streets in Bamako, surrounding the capital city's independence monument. A building owned by Mali's Minister of Justice was set on fire and looted.

The unrest in Mali's capital followed reports of an attempted mutiny Tuesday morning at a military camp 15 km outside of the city, confirmed to CNN by a diplomatic source who had been briefed by local officials.

CNN further said that the attempted mutiny took place in Kati, at the same camp that a successful military coup was launched back in 2012.

President Keita has been facing growing public discontent since May after the country's top constitutional court overturned results from disputed parliamentary elections.