Pakistan took "modest steps" in 2019 to counter terror financing and restrain India-focused militant groups from conducting large-scale attacks following the Pulwama attack in February, but it remained a "safe harbor" for regionally focused terrorist groups, the US said on Wednesday. 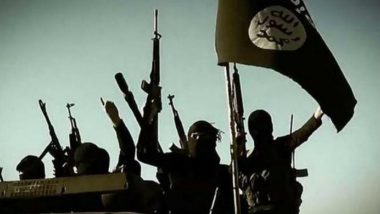 Washington, Jun 24: Pakistan took "modest steps" in 2019 to counter terror financing and restrain India-focused militant groups from conducting large-scale attacks following the Pulwama attack in February, but it remained a "safe harbor" for regionally focused terrorist groups, the US said on Wednesday.

The suspension of US aid to Pakistan, which was announced by President Donald Trump in January 2018, remained in effect throughout 2019, the State Department said. Al-Qaeda Trying to Present Itself as Alternative Support to Jammu and Kashmir Insurgency: Europol.

"Pakistan took modest steps in 2019 to counter terror financing and restrain India-focused militant groups from conducting large-scale attacks following the February attack on a security convoy in the Indian state of Jammu and Kashmir linked to Pakistan-based Jaish-e-Mohammed (JeM)," it said.

"However, Pakistan remained a safe harbor for other regionally focused terrorist groups," the State Department said. It allowed groups targeting Afghanistan, including the Afghan Taliban and affiliated Haqqani Network (HQN), as well as groups targeting India, including the LeT and its affiliated front organisations, and Jaish-e-Mohammed (JeM), to operate from its territory, the report said.

"It did not take action against other known terrorists such as JeM founder and UN-designated terrorist Masood Azhar and 2008 Mumbai attack 'project manager' Sajid Mir, both of whom are believed to remain free in Pakistan," alleged the State Department.

Pakistan, however, did make some positive contributions to the Afghanistan peace process, such as encouraging Taliban reductions in violence. Pakistan made some progress toward meeting the Action Plan requirements for the FATF, allowing it to avoid being blacklisted, but did not complete all Action Plan items in 2019, it said.

Although al-Qaeda in Afghanistan and Pakistan has been seriously degraded, key figures among the outfit's global leadership, as well as its regional affiliate al-Qaeda in the Indian Subcontinent (AQIS), continued to operate from remote locations in the region that historically served as safe havens, it said.

Pakistan is one of the countries that figures in the terrorist safe havens list. Although Pakistan's National Action Plan calls to "ensure that no armed militias are allowed to function in the country," several terrorist groups that focus on attacks outside the country continued to operate from Pakistani soil in 2019, including the Haqqani Network, Lashkar-e-Taiba, and Jaish-e-Mohammed, it said.

"The government and military acted inconsistently with respect to terrorist safe havens throughout the country. Authorities did not take sufficient action to stop certain terrorist groups and individuals from openly operating in the country," said the State Department. Emirates Temporarily Suspends Passenger Flights Services To and From Pakistan.

According to the report, in January 2018, the US government suspended most of its security assistance to Pakistan over the government's failure to adequately address the threat posed by militant and terrorist groups operating on Pakistani soil.

"That suspension remained in effect throughout 2019," the report said.

"However, a recalibration of our civilian assistance portfolio was implemented in 2019 to target a narrower set of priority areas: people-to-people exchanges, law enforcement and counterterrorism cooperation, stabilisation for the Afghanistan-Pakistan border, fostering trade and economic growth, supporting civil society, and helping treat polio and other infectious diseases," it said.

The report notes that in June 2018, the FATF placed Pakistan on its "gray list” and issued an Action Plan directing Pakistan to take specific steps by September 2019 to address strategic deficiencies in its combating the financing of terrorism efforts.

"The FATF expressed serious concern at its October 2019 plenary about Pakistan's continued deficiencies but noted it had made some progress and extended the deadline for full Action Plan implementation to February 2020," it said.

In 2018, Pakistan was designated as a "Country of Particular Concern" (CPC) under the International Religious Freedom Act of 1998. It was re-designated as a CPC in 2019, it said.