A European Union court on Wednesday invalidated a decision by the bloc's executive arm to fine technology company Qualcomm more than USD 1 billion in an antitrust case. 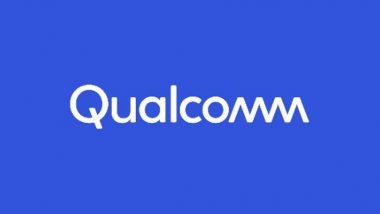 Brussels, June 15: A European Union court on Wednesday invalidated a decision by the bloc's executive arm to fine technology company Qualcomm more than USD 1 billion in an antitrust case.

In overruling the European Commission, the Luxembourg-based General Court cited “a number of procedural irregularities" that affected the American company's defence rights and rejected the commission's “analysis of the conduct alleged against Qualcomm". Qualcomm To Invest Rs 3,904 Crore To Expand Its Hyderabad Operations: Report.

European regulators fined Qualcomm USD 1.23 billion in 2018 after concluding the chip and software maker bribed Apple to exclusively use its products in iPhones and iPads, thereby stifling competition.

Without providing specifics, EU Commissioner Margrethe Vestager said at the time that Qualcomm had doled out “billions of dollars” to Apple during 2011-2016.

The regulators contended Qualcomm secretly paid Apple to use its chips for connecting to high-speed cellular networks as long as Apple didn't switch to rival products during that period.

The General Court said that in addition to identifying procedural irregularities, it disagreed with the analysis of the anti-competitive effects of the payments.

“While the commission concluded that the incentive payments had reduced Apple's incentives to switch to competing suppliers to source LTE chipsets, it is apparent from the commission decision that Apple had had no technical alternative to Qualcomm's LTE chipsets for the majority of its requirements," the court said.