Virgin Galactic spaceship Unity carrying a crew of four, including British billionaire Richard Branson, dabbled into space and returned to Earth safely, a live stream of the event showed on Sunday. 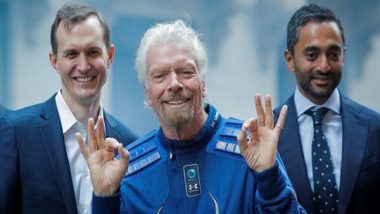 Earlier, the spaceship took off from a spaceport in New Mexico, with UK billionaire Branson on board. The ship carried a crew of four including Virgin Galactic's owner, Branson and Indian-American Sirisha Bandla.

The flight conducted more than 20 test flights, three of which have reached the edge of space, CNN reported. This was the first fully-crewed suborbital test of Unity.