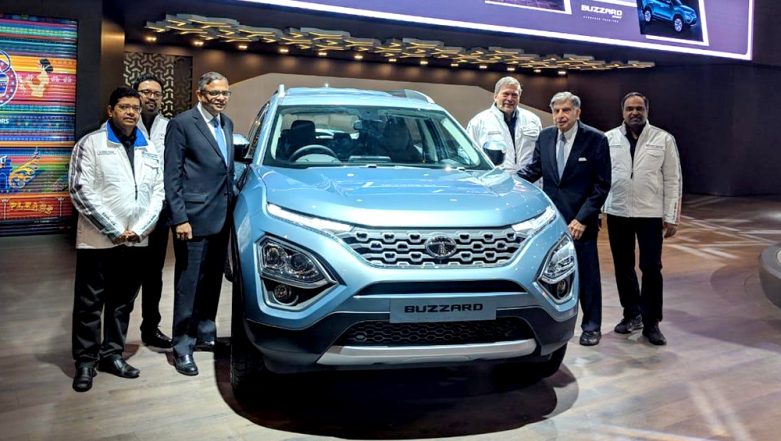 Unfolding new chapters in the automobile sector, Tata Motors has officially revealed four new products at the 2019 Geneva Motor Show. The home-grown automaker revealed Altroz and Altroz EV alongside Buzzard SUV at the annual motor trade show. The car maker also took this opportunity to unveil its new H2X concept at the same event itself. The new Tata Altroz is the production version of the 45X concept that broke covers at last year’s Auto Expo. Tata 45X Premium Urban Car Officially Named As Altroz; To Be Launched By Mid 2019.

The new Altroz will be Tata Motors' premium hatchback that will take on the rivals like Maruti Baleno, Hyundai Elite and others. Other than Altroz, the car maker has also revealed the electric version of the hatchback. It will share majority of the design, underpinning and body shell and design with the former. Moreover, the upcoming Altroz premium hatch will be car maker's foremost product that will be based on the new ALFA (Agile Light Flexible Advanced) Architecture.

The new Tata Altroz is expected to be launched in the Indian market by this year itself. When launched, the new premium hatchback will join Tata's new age product line-up that includes Tiago, Nexon, Harrier and others.

We present to you the wonders of Tata Motors. Here is the first glimpse of the cars showcased in the 89th edition of #GenevaMotorShow2019 #GIMS2019 #TataMotorsAtGIMS #ConnectingAspirations pic.twitter.com/IkZK6iJR4O

Additionally, the car maker also took this opportunity at the 89th edition of Geneva Motor Show to showcase H7X 7-seater SUV which will be based on Harrier. The new H7X SUV is christened as Tata Buzzard. 2019 Tata Hexa Lifestyle SUV With New Features Launched in India; Prices Start From Rs 12.99 Lakh.

The company has also confirmed that it is also working on the new sub-compact SUV, which is codenamed as Tata H2X Concept. Tata Motors' new micro SUV will take on Mahindra KUV100 and Maruti Suzuki's upcoming Future S concept. To be based on the new ALFA platform, the micro SUV will be positioned in between Tiago and Nexon. The SUV is likely to be showcased at Auto Expo 2020, which could be launched by H2, 2020.