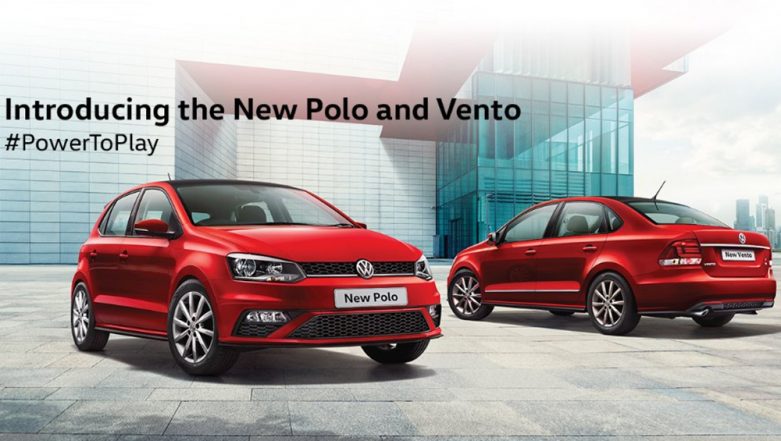 Volkswagen India has finally launched the updated versions of Polo and Vento in India. The new Polo facelift is priced from Rs 5.82 lakh (ex-showroom) which goes up to Rs 9.88 lakh (ex-showroom) for the top-of-the-line model. On the other hand, the VW Vento facelift costs Rs 8.76 lakh (ex-showroom). The German car maker is looking to add some amount of freshness to the ageing models with minor updates before launching the new generation versions. The next-gen model are likely to be launched by 2020. Maruti Suzuki Announces Two-Day Operational Halt at Gurugram, Manesar Plants Amid Auto Sector Gloom in India.

As far as the updates are concerned, both Polo and Vento now get a honeycomb mesh grille with revamped front bumper and newly designed tail lights. Moreover, the cars gives reminiscence to the Polo GTI hot hatchback, which adds more sporty character to the looks and character. The company also offers gunmetal finished alloy wheels in totally new design, but they are seen on the higher spec variants only.

The car maker has introduced the Volkswagen Connect, a connectivity suite as standard from Highline Trim of Polo and Vento. It is important to note that Volkswagen Connect is essentially a dongle based feature that allows trip tracking, driver behaviour and statistic tracking, location sharing and fuel cost monitoring and much more.

On the safety front, both Polo and Vento come with dual airbags and ABS as standard along with seat-belt reminder system as well as rear parking sensors. The facelifted versions of Polo and Vento also get speed alert system.