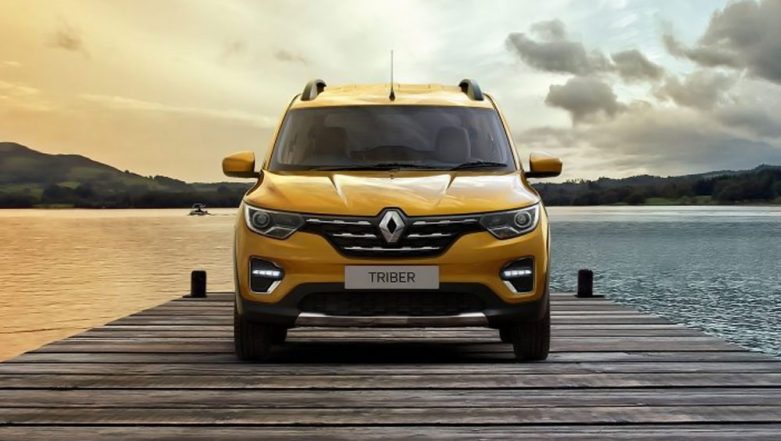 Renault, the French automaker finally revealed the prices for its newest sub-4m MPV - Triber in India. Launched at a starting price of Rs 4.95 lakh (ex-showroom India), the car is offered in four variants - RXE, RXL, RXT & RXZ. The newly launched Triber is based on company's modified CMF-A platform that also underpins Renault's popular Kwid hatchback. Moreover, the company claims that the new sub-4m MPV is packed with 90 percent new components to make it more spacious as well as refined. The 7-seater MPV is manufacture from company's facility in Chennai. Renault Sales Fall in Weakening Auto Market.

Under the hood, the Renault Triber comes with a 1.0-litre, 3-cylinder petrol unit that is tuned to make 72 PS of maximum power with peak torque of 96 Nm. The petrol mill is clubbed with a 5-speed gearbox. On the dimension front, the new Renault Triber measures 3,990 mm in length, 1,739 mm in width and 1,643 mm in height. However, the wheelbase and ground clearance of the car stands at 2,636 mm and 182 mm respectively.

Inside the cabin, the car sports a dual-tone paint scheme featuring beige and grey colours along with symmetrically designed dashboard and trapezoidal ac vents. It is loaded with an 8-inch infotainment unit with Apple CarPlay and Android Auto compatibility. On the safety front, the MPV is equipped with ABS, EBD, four-airbags, 3-point belts for all three rows, rear parking sensors and reverse camera. The new MPV from Renault offers massive boot space of 625-litre with 5-seater. However, the same drops to 320-litres and 84-litres in 6-seater and 7-seater configurations respectively.