Sonu Sinha, A Music Producer Who is Achieving Success With Hugh Level of Dedication Towards His Work

Have you ever felt like giving up on completing a certain assignment? Or were you ever de-motivated because it took so long to improvise and bring into motion a certain task? 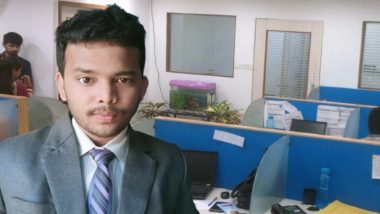 Have you ever felt like giving up on completing a certain assignment? Or were you ever de-motivated because it took so long to improvise and bring into motion a certain task? Dedication is the main thing lacking in the quest to achieve the mission! When you are committed to completing a mission and attempting again and again, not only do you learn the skills needed for the task, but you also identify and strive to improve your shortcomings and faults.

The key reason behind a good individual is his or her degree of commitment, which implies a person's dedication to fulfilling objectives and life goals. Dedication, thus, means absolute commitment. Ask the reason behind their popularity with any good personality and the first response that will emanate is they were committed. Dedication is thus the final secret to life's progress. The will the target you set for yourself, the longer you need to set it to be accomplished. Broad targets would have daunting hurdles to resolve and challenges to address.

Swarndeep Sinha known as  Sonu Sinha was born in Silchar and brought up in Guwahati is a musical artist and during his journey, he created KYTE MUSIC a company that focuses on distributing music to global streaming platforms. For Indie artists and labels. Sonu’s ambitions KYTE MUSIC tries to change the Digital Music Industry.

It was founded in 2019 by Sonu, a music artist, as an independent music distribution and publishing firm.

The company specializes primarily in song creation, optimization of the YouTube channel , administration of marketing & copyright and publication of songs.

KYTE MUSIC distributes music in many major stores around the world, including iTunes, Spotify, JioSaavn, Wynk, Amazon MP3, Resso, 100+ music streaming sites, as well as supporting artists and labels by providing promotional tools and resources to promote and reach millions of listeners, they also manage copyrights and collect publishing royalties. The platform is made use by more than hundreds of labels every day. As of January 2021, almost 100 million+ streams a month is monetized by KYTE MUSIC. With KYTE MUSIC, artist/or labels can generate more CPM on their music videos on Youtube.

He spent more than three years researching this profession, but every day he learns new things, during this period of time, there have been few encounters with his schooling. He has discovered many things during this time, During his growing stage he worked with Shahid Mallya and Manjul Khattar and promoted their KYUN Song which crossed 17 Millions Views on Youtube.

He's just concentrating on his future, keeping a break from negative people.

In 12th grade, he failed and his family was sad over it and he recovered after 10 months and life was going on. He made a good source of cash, made a good circle of professional friends, and completed his examinations as well.

KYTE MUSIC has developed a beta edition distribution software; it will be launched shortly for both Android and iOS operating systems, allowing users to upload and distribute their track directly to Tidal, Wynk, Amazon, iTunes Jio Saavn and all other major stores in just a few minutes from their devices. It is possible to track live stats, artist accounts, and payout demands, smart connections and use all other promotional features available on the app.

If you are dedicated like Sonu then no failure can stop you from being successful.