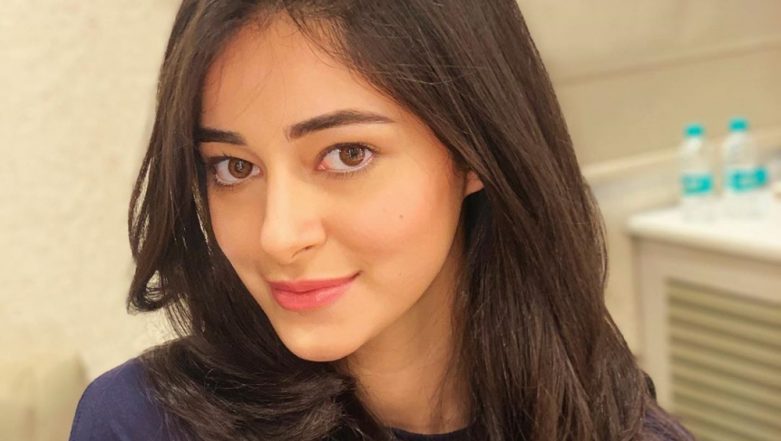 Ananya is currently in Lucknow shooting for her second film

Ananya Panday made her big Bollywood debut with Karan Johar's Student Of The Year 2 that released last month. Even before the movie hit the theatres, Ananya already had another film in her kitty. She will star with rumoured boyfriend Kartik Aaryan and Bhumi Pednekar in Pati, Patni Aur Woh, which is a remake of the 1979 film with the same name. Bhumi already began shooting a few days back in Lucknow and now Ananya too has joined her on the sets.

She took to Instagram to post a picture from what looks like her vanity van. Considering she is in Lucknow, she can't stop thinking about Kebabs which is very obvious from the caption that she put out with the picture. "kebabs > kebab mein haddi 🤪 #PatiPatniAurWohMood #FirstDay #WishMeLuck ❤️🤞🏻✨🎥(sic)," read the caption on Ananya's post. Trolls, Bullying and Cyber Shaming: 'So Positive' Ananya Panday Knows How To Face It All! VIDEO.

Check it out right here:

In the film, Ananya will be playing a secretary who’s much older than her real age. For the role, Ananya has gained five kilos. “Mine is a different kind of struggle, as it’s difficult to gain weight. I am eating every to hours. The idea is to up the protein content. You want to gain the right kind of weight, so it’s not about eating anything you wish,” she revealed in an interview with Mid_Day. Celebrity Pilates trainer, Yasmin Karachiwala has worked on Ananya's diet, the actress added. We are not sure if the diet allows her to eat those infamous tunday kebabs, but then some of it won't hurt.