83 The Film: R Badree to Play the Role of Former Cricketer Sunil Valson in the Kabir Khan Directorial 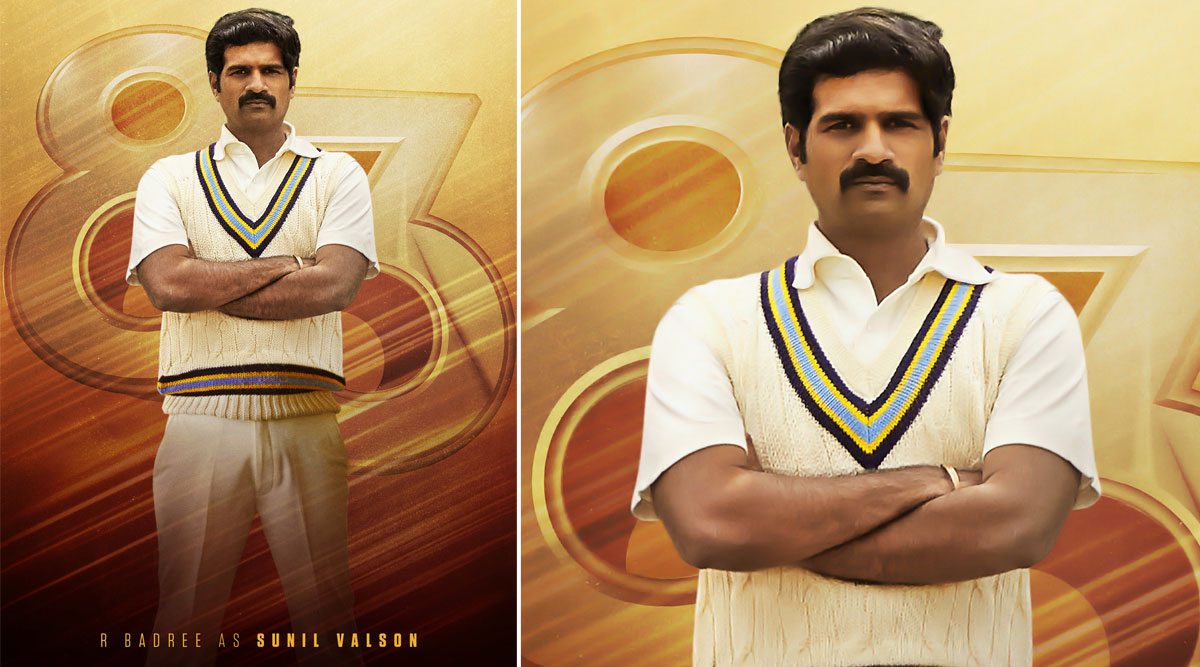 The sports drama '83 is one of the most-awaited films of this year. The excitement to watch Ranveer Singh playing the role of Kapil Dev is sky-high, but one just cannot wait to see the journey of other cricketers during the 1983 World Cup. Ranveer has played multifaceted characters in his career, and once again he is set to impress us all as the Haryana Hurricane. Buy right now, you got to take a look at the character poster of south actor R Badree, who is set to play the role of former cricketer Sunil Valson. Ranveer Singh starrer '83 Gets a New Addition, South actor R Badree to Play Sunil Valson.

Ranveer Singh has shared the character poster of R Badree, who would be seen as the left-handed medium pacer Sunil Valson, who is also called as Vally. He was known to be the ‘Strong, Silent and Staunch Support System of Team India’. Sunil Valson was selected for 1983 World Cup match, unfortunately, he was the only player in the team who could not play a single match. The former cricketer is presently serving as the team manager of Delhi Capitals. 83 The Film: Ranveer Singh Introduces Dhairya Karwa as the Flamboyant All-Rounder Ravi Shastri.

The makers of '83 have been sharing a series of character posters and movie buffs are jumping with joy. All are eagerly waiting to watch this Kabir Khan directorial. '83 is all set to be released on April 10, 2020.