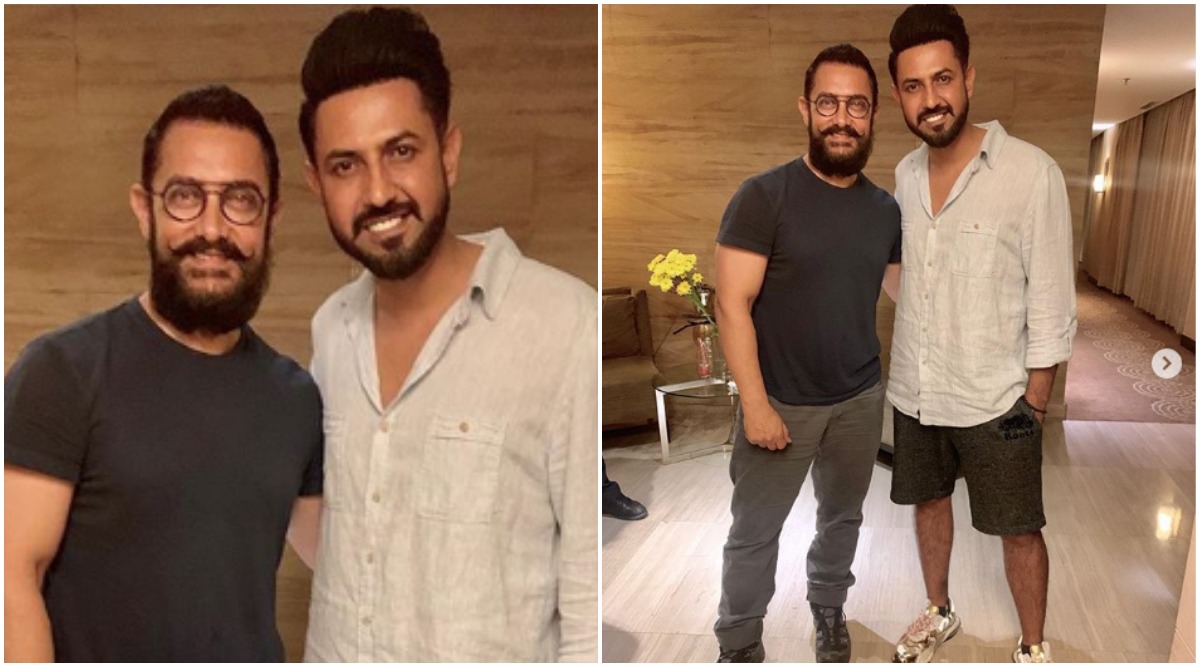 Aamir Khan’s upcoming flick Laal Singh Chadha is a remake of the Hollywood classic, Forrest Gump, starring Tom Hanks. Mr Perfectionist made this announcement on his birthday and it was one of the best surprises for his fans. The actor stated, “My next film is finalised, it is called Laal Singh Chadha. It is being made by Viacom 18 Motion Pictures and Aamir Khan Productions together,” reports PTI. Since then fans are excited to know more details about the film. As Aamir and the entire team is busy prepping for it, here is another exciting update. It is reported that Punjabi singer Gippy Grewal gifted something special as a token of good luck to Aamir, which he is going to sport it in the film.

As per a report in Mid-Day, Aamir Khan had recently paid a visit to Punjab in the second week of September for a recce. It was during this visit when Gippy Grewal gifted the superstar a kada (a bracelet worn by Sikhs). As per the report, Aamir who is playing a Sikh character in the film has decided to wear this kada. Talking about this catch-up between the duo a source revealed to the tabloid, “Gippy Grewal is an Aamir fan. Whenever the superstar goes to Punjab, Gippy makes sure to meet him. Recently, when the actor went to Punjab for a recce, Gippy joined the film's crew and helped them zero in on locations. Since he knew that Aamir plays a Sikh in the movie, he gifted the superstar the Guru da Kada as a token of good luck. Aamir was touched by the gesture, and promised the Punjabi singer that he will sport the kada in the film.”

On August 7, 2019 Gippy Grewal had shared a picture on Instagram in which Aamir Khan is seen sporting a long bear and a thick, curled up moustache and round spectacles. The singer-filmmaker had captioned the pic stating, “Friendship is the hardest thing in the world to explain. It’s not something you learn in school. But if you haven’t learned the meaning of friendship, you really haven’t learned anything." I am blessed to have a friend like you Bhaji @_aamirkhan”.

Another source was quoted saying as, “Since the film has a lot of Punjabi dialogues, Aamir requested Gippy to oversee the screenplay. However, as Gippy was busy, he put his Ardaas Karan co-writer, Rana Ranbir, on the job. Rana recently had a meeting with Aamir and Advait in Mumbai, and offered his suggestions on the script.” Laal Singh Chadha is all set to roll in from November. Directed by Advait Chandan, the film is expected to hit the big screens in 2020.