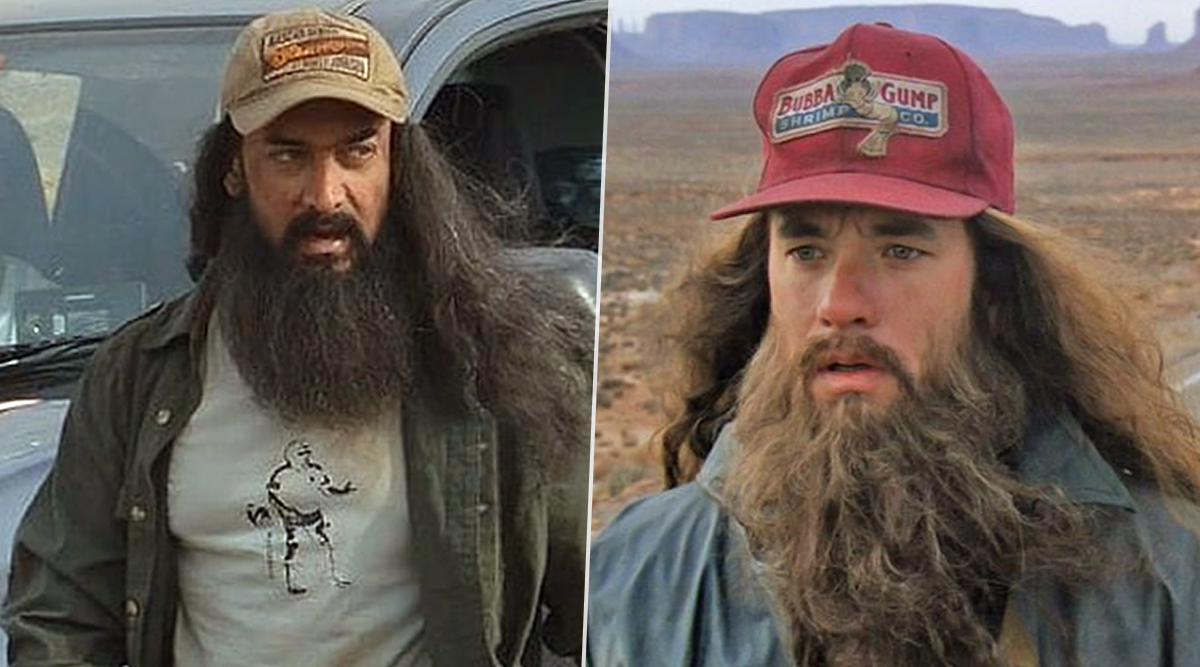 Aamir Khan is currently busy shooting for his upcoming film Laal Singh Chaddha which is an official remake of Tom Hanks' Academy Award-winning film, Forrest Gump. Ever since the first look of the film was released, fans have been super excited about this project given that Aamir seems to have successfully got his first look right. It resembles Tom Hanks' Forrest enough yet brings its own flavour to it too. The actor has been shooting in Punjab and recently a few leaked pictures from the sets showed him with a long-haired look that reminded us of Forrest from one of the film's most crucial portions. Akshay Kumar’s Bachchan Pandey or Aamir Khan’s Laal Singh Chaddha: Which Christmas 2020 Release Are You Excited About? (VOTE NOW).

In the 1994 film, we see Hanks' Forrest spend about three years in a relentless cross-country marathon, becoming famous. In the due course, we see him grow his hair and beard long enough while he's on the road. Aamir's leaked pictures showed him in the same look as that of Hanks and this has left fans even more excited for the film. The pictures are now being garnered with comments such as "Mr Perfectionist" given how close his look is to that of Tom Hanks. Laal Singh Chaddha: Aamir Khan and Kareena Kapoor Khan Start Shooting in Chandigarh and Their Pics Get Leaked Online.

Aamir's outfit in these pictures too looks all dusty suggesting that he has travelled miles just like we see in Forrest Gump. The film stars Kareena Kapoor Khan in the role of his love interest. In the original, the role of Jenny was essayed by Robin Wright. While the film is slated for a release on Christmas 2020, it will be heading for a big box office clash as Akshay Kumar's Bachchan Pandey too is slated to release on the same spot. Both films have gathered enough buzz thanks to their first looks and it will be interesting to see what the audiences choose to watch.