After Three Songs, Salman Khan Gets Ready To Launch His Own TV Show On Colors Called House of Bhaijaanz

Salman Khan's lockdown life will be part of a TV show now called House Of Bhaijaanz. Waluscha D'Souza will be directing and will be produced by SK TV and Banijay Asia. 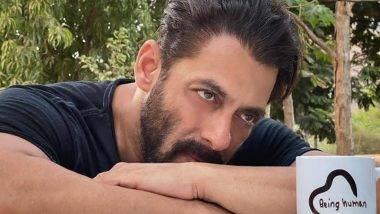 Salman Khan is the busiest of all actors in the industry. He juggles between projects, shoots Big Boss, a plethora of commercials and so much more. If that's not enough, he goes on world tours. Often we wondered why doesn't this guy take a break. Well, all that changed since Coronavirus and lockdown happened. But a person who loves to work all the time can't be kept away from it for too long. So you already had three songs sung by him which were shot at his Panvel farmhouse. He is stuck there since the lockdown with Jacqueline Fernandez, Iulia Vantur, Waluscha De Sousa and a few more. Now we hear Salman will have his own TV show called House of Bhaijaanz on Colors. It will document the actor's life during the lockdown at his farmhouse. Make the Younger Generation Hear This Song Again N Again: Salman Khan on His Song ‘Bhai Bhai’

As per a report in Tellychakkar, the show will be hosted by Waluscha and produced by the Television wing of the actor's production house SK TV and Banjiay Asia. Salman has been helping the people in and around his farmhouse with rations and essentials during this time. His Being Haangryy food truck has been feeding many in the city.

Obviously, all this will be a part of the show. But we wonder if his life in the farmhouse is worth watching on TV. Asking for a friend!

(The above story first appeared on LatestLY on May 28, 2020 01:37 PM IST. For more news and updates on politics, world, sports, entertainment and lifestyle, log on to our website latestly.com).