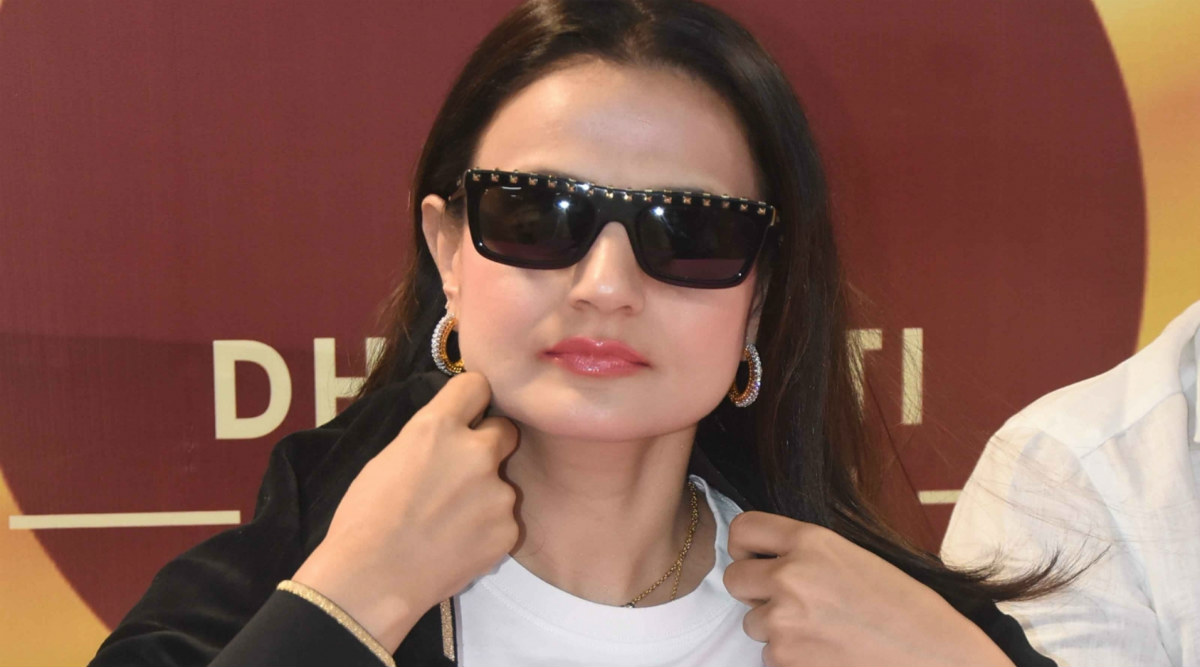 Actress Ameesha Patel is picking up Ghaziabadi accent these days, for her role in the upcoming film Tauba Tera Jalwa. "This character Laila is bold, modern, loving and also has grey shades, which caught my interest instantly. I have never done such kind of a role and I am trying to give it my best," Ameesha said about her role in the film. Bigg Boss 13: Ameesha Patel Refused to Return After Siddhartha Dey’s Crass ‘Made Me Wet’ Remark?

Starting her career in the year 2000 with Kaho Naa... Pyar Hai opposite Hrithik Roshan, Ameesha was seen in films such as Gadar: Ek Prem Katha, Humraaz, Mangal Pandey: The Rising and Race 2 among others. In her upcoming film, she will be seen with Jatin Khurana, who plays a young tycoon from Ghaziabad. Warrant Against Bollywood Actress Ameesha Patel in Cheating and Cheque Bounce Case.

The film is directed by Akashaditya Lama. His earlier film Nani Teri Morni was selected in Indian Panorama section of the International Film Festival, Goa, in 2018.