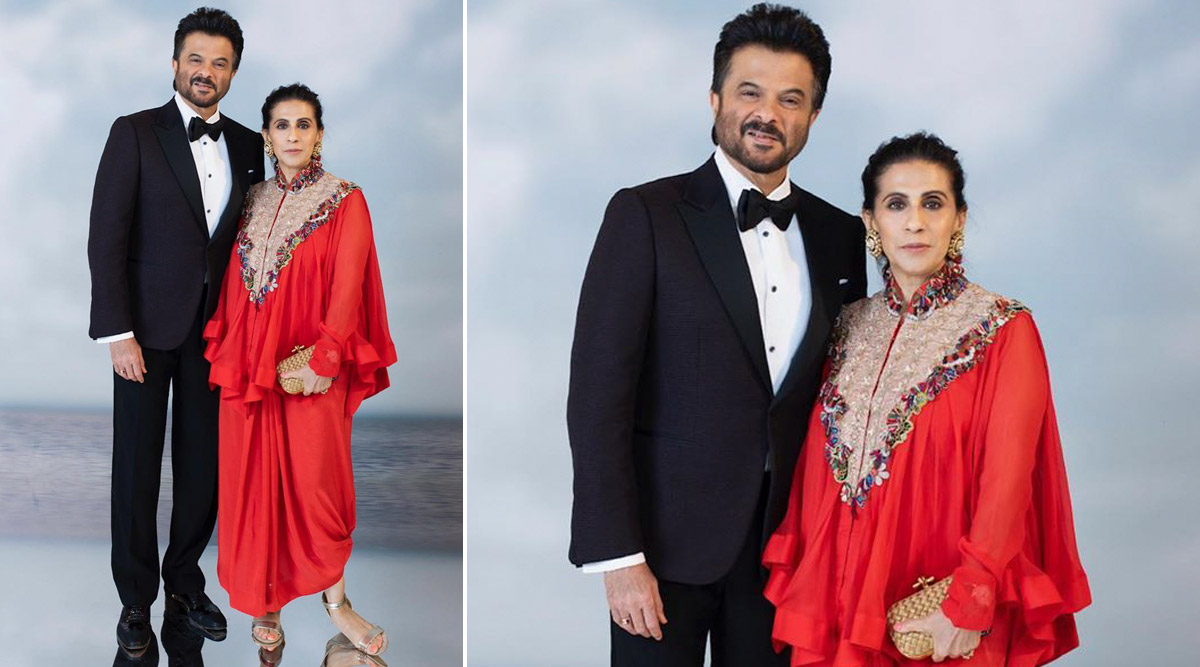 The 'jhakaas' actor of Bollywood, Anil Kapoor celebrates his 36th wedding anniversary on May 19, 2020. It was in the year 1984 when Anil got married to Sunita Kapoor. Also, just a day before their anniversary, Anil had shared a video with his fans on social media which narrated the pair's love tale. The clip also revealed how after signing an important film in his career, the actor took the decision of making Sunita part of his life forever. And now in return, Anil's wifey also has wished him and it's all things cute and romantic. Sharing an unseen picture, Mrs Kapoor took to Instagram to wish her man on their day of togetherness. Anil Kapoor Pens Down a Heartfelt Note for Wife Sunita Kapoor on Their 36th Marriage Anniversary, Sonam Kapoor Too Adores Their Beautiful Bond – View Posts.

In the throwback picture, we can see Sunita and Anil Kapoor looking fashionable together. In the shades of black and red, the couple looks very much into one another. While Mr can be seen wearing a suit, Mrs, on the other hand, exudes chicness to the 't' in a flashy dress. 'My Husband is My Happy Place” Happy 36th anniversary.. love you beyond time,' she captioned her post. Well, they indeed look like a match made in heaven. Anil Kapoor Beats Wife Sunita Kapoor in Carrom and He Can't Resist Flaunting the Victory! (View Pics).

Meanwhile, Anil and Sunita are spending their quarantine time by having a gala time in each other's company. It was recently when the actor had shared pics from the duo's carom game together where Mr Kapoor had won the game. Must say, we adore how the two flash couple goals. Happy wedding anniversary to the pair from team LatestLY. Stay tuned!