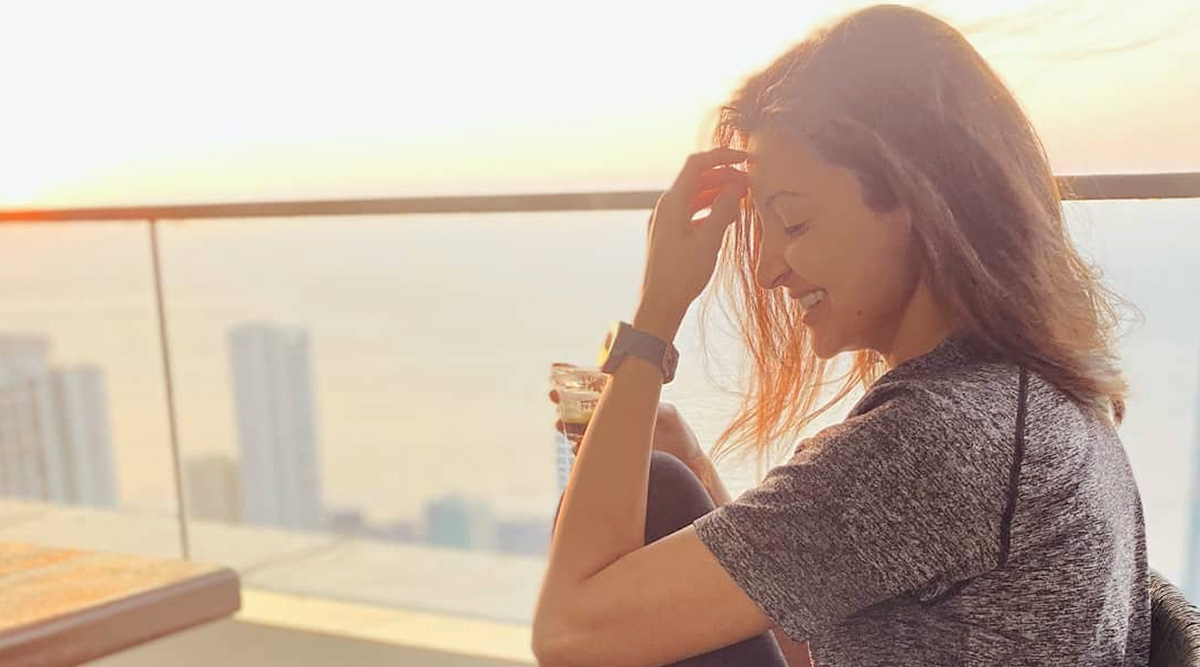 Virat Kohli and Anushka Sharma are certainly one of the most loved couples going around and are often giving couple goals to their fans. Be it posting pictures with heart-melting captions or praising each other from head to toe, the lovebirds leave no stones unturned to express their love for each other. Another glimpse of their fondness was seen in Anushka’s latest Instagram post. Unlike other pictures, the Indian skipper wasn’t in the frame but was behind it and the Bollywood diva acknowledged the click of her beloved in an adorable manner. Anushka Sharma to Get Into the Shoes of Former Indian Women’s Cricket Team Captain Jhulan Goswami in Her Next?

“And just like that a coffee under the setting sun on the balcony of our home became a memory to hold, Captured by my beloved” read the caption of the snaps posted by the Sanju-star on the micro-blogging website. In the snaps, Anushka can be seen enjoying a cup of coffee in her balcony and is looking fresh as ever even in the early morning click. The Sui Dhaga-actress is certainly looking elegant in the snap and the gloomy sun behind her is enhancing her beauty. Well, there was no doubt that the star batsman did a brilliant job behind the camera and her better-half credited him too. Virat Kohli And Anushka Sharma Soar Temperatures At An Undisclosed Beach And We Can't Keep Calm!

Speaking on Anushka Sharma, the actress was last seen in Aanand L. Rai’s Zero in which she played specially-abled girl and her performance was lauded by one and all. In recent time, a photo of her donning the Indian cricket jersey with Jhulan Goswami is doing rounds of social media and speculations are that she may be working in her biopic. Well, the news is not confirmed yet but Kohli, who himself is regarded as one of the best batsmen to have played the game, will be delighted to see his soulmate playing cricket on the silver screen.

On the other hand, Virat Kohli is currently participating in the three-match ODI series between India and Australia. The Men in Blue didn't make a great start to the series and lost the opening ODI at Wankhede Stadium in Mumbai. Trailing 0-1 in the three-match series, the upcoming match at the Saurashtra Cricket Association Stadium in Rajkot will be a do or die encounter for the home side and they must be eyeing to make a thumping comeback.